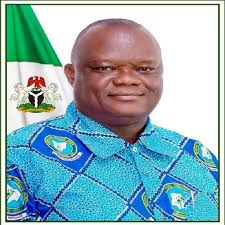 Members of the Nigeria Civil Service Union (NCSU) have rejected the appointment of a public trustee by the National Industrial Court for the union.

In a judgement on Suit No. NICN/ABJ/31/2016, the court has appointed a public trustee to run the affairs of the Union, first for a period of three months, and if required, for another three months.

But members of the Union, who gathered at the national headquarters of the NCSU in Abuja to peacefully protest the appointment, said it was not within judicial proceeding for NICN to appoint trustee to the Union when the appeal process is going on at the Appeal Court.

Addressing journalists while the members carried placards with inscriptions decrying the development, the chairman of NCSU Council Chairmen across the 36 states and the FCT, Comrade Kabiru Chuwa, appealed to the President of NICN to critically look at the fact of the matter and review the appointment.

Speaking on behalf of his colleagues and other members, Comrade Kabiru, who is the chairman of Kano State Council, said: “The Union‘s attention has been drawn to the appointment of a public trustee by the National Industrial Court on the Judgement of Suit No. NICN/ABJ/31/2016.

“The Union wishes to state categorically that it has since appealed the judgment and ruling at the Federal Appeal Court on appeal number CA/A/ 1089/2019. We sincerely feel it is not within judicial proceeding to appoint a trustee to the Union when the appeal process is still pending at the Appeal Court. We are appealing to the President of the National Industrial Court to critically look at the facts of the matter and review this appointment in the interest of justice At the same time, we as a Union would continue to respect the court, and we have resolved to remain peaceful and law abiding.”

The NICN had appointed a Public Trustee to run the affairs of Nigeria’s oldest industrial union, Nigeria Civil Service Union, following the nullification of its January 2018 National Delegates Conference in which Comrade Lawrence Amaechi-led executive was elected.

The public trustee, Mr Monday O. Ubani, Esq., of Ubani & Co., No. 12 Adegbola Street, Ikeja, Lagos, was expected to have resumed at the headquarters of the Union in Abuja last week.

The President of NICN, Honourable Justice B.B. Kanyip, signed the appointment letter, dated December 29, 2020, and stated that Mr Ubani’s appointment is sequel to the order contained in the judgment delivered on October 25, 2019, by His Lordship, the Honourable Justice Sanusi Kado of the Abuja Judicial Division of the NIC in the suit between Comrade Benson Ekasa and one other v. Comrade Kiri Mohammed (the then National President of NCSU).

The Trustee, according to Justice Kanyip, was appointed “for an initial period of three months, effective from the date of your acceptance of the appointment, on the following terms: To oversee and

superintend the running of the administration and finances of the Union; to convene National Delegates Conference of the National Civil Service Union and organize election to elect new executive members in line with the constitution of the Union; to render account of your activities within the above specified period in a report to be forwarded to the Court immediately after the expiration of the tenure; and to forward a copy of the report to the Honourable Minister of Labour and Employment.

The judge added: “In the event that you are not able to conclude your assignment within the three months period stated above, you may apply for re-appointment for another three months. In this event, you shall be requested to provide satisfactory reasons why you may be so re-appointed.

“Please note that you are only eligible for re-appointment for another term of three months, and not more. Your remuneration with respect to the appointment shall be the same amount as payable to the General Secretary of the Union.”