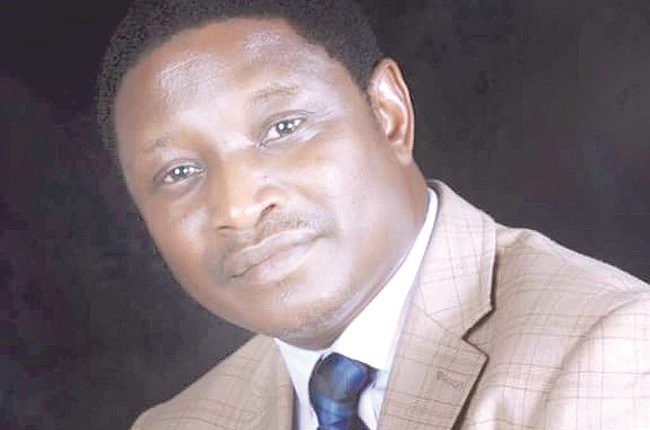 The Executive Secretary, Nigeria Christian Pilgrim Commission (NCPC), Rev. Yakubu Pam has said that the commission is in a better position to unite and bring Christians together.

Speaking while playing host to the Director of the FCT Christian Pilgrims Welfare Board, Mr Dabara who paid him a congratulatory visit in his office in Abuja he affirmed that whatever they do as a commission has a negative or positive impact on the church thereby calling on all and sundry to always do things that will bring glory to the church”

He told Mr Vingo that as stakeholders, they would continue to meet minds to bring up sustainable agenda that will promote the cause of the commission, adding that their work was not just a profession or office work, but a divine call to serve God.

He further stressed the need to bring out talents to build NCPC, saying that the time had come to work together and collectively rebuild the image of our country and NCPC.

He thanked the FCT director and his team for accepting him as one of their own.

Earlier, the Director FCT Christian Pilgrim Welfare Board, Mr Vingo expressed satisfaction at the new office of the NCPC boss that God had given them an Executive Secretary from the body of the Conference of States which Rev Pam was a member while serving as the Chairman of the Plateau State Christian Pilgrims Welfare Board.

He assured the NCPC boss that his Board would work closely with the team to better the image of the commission.

He affirmed that FCT had a lot of pilgrims last year outside the FCT because the Board is pilgrimage friendly and accommodating.

He solicited the cooperation of Rev Pam in fighting the menace of abscornment during pilgrimage which he described as “a dent on the image of Nigeria and Pilgrimage in particular.

Presidency sends EFCC zonal heads, others back to Police
THE Presidency has ordered some zonal heads and sectional heads in the Economic and Financial Crimes Commission (EFCC) who are police officers to return to the police headquarters…NCPC stands better chance Read Full Story
After Over Four Weeks In Isolation, Oyo Commissioner For Sports Tests Negative For COVID-19
After spending over four weeks at the isolation centre following his testing positive for coronavirus on June 24, the Oyo State Commissioner for Youths and Sports, Mr Seun Fakorede, on Wednesday announced that he had tested negative for the disease… Read Full Story
Southern Kaduna attacks being carried out by militia, Reps tell FG
THE Southern Kaduna caucus in the House of Representatives on Wednesday called for the Federal Government’s intervention in identifying and halting the financiers and members of the militia groups involved in the indiscriminate killings and kidnapping of innocent Nigerians, including children and women…NCPC stands better chance Read Full Story
Public Schools Still Not Primed For Reopening — ASUU Insists
THE Academic Staff Union of Universities (ASUU) says that neither the federal nor the various state governments have put anything in place to suggest that the protocols they reel out as control measures against COVID-19 will be implemented in their own schools…NCPC stands better chance Read Full Story
Exclusive: We Cannot Rule Out “Wharf Rats” In Our Terminal —PTML
GRIMALDI Nigeria, the operator of the Port and Terminal Multiservice Limited (PTML) at the Tin-Can Island port in Lagos has admitted that due to the huge influx of cargoes that arrive at the terminal daily, it cannot entirely rule out cargo pilfering at the terminal…NCPC stands better chance  Read Full Story
NIMASA, Customs To Check Temporary Import Permit Abuse
THE Nigerian Maritime Administration and Safety Agency (NIMASA) and the Nigeria Customs Service (NCS) have agreed to join forces to close loopholes in the Temporary Importation Permit (TIP) system that importers often exploit to avoid levies due to the government…NCPC stands better chance Read Full Story