Latest NewsCoronavirusTop News
By Tribune Online On May 5, 2020 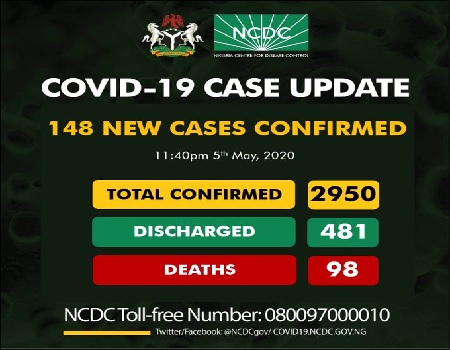 The Nigeria Centre for Disease Control (NCDC) has confirmed 148 new cases of COVID-19 in the country, bringing the total number of confirmed cases to 2,950.

The centre disclosed this on Tuesday night via its verified Twitter handle.

Breakdown of cases by state; 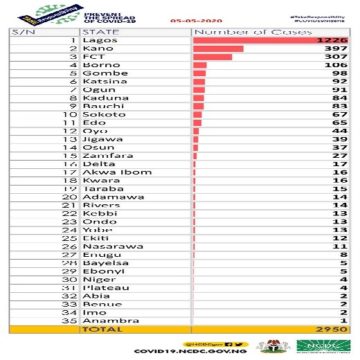