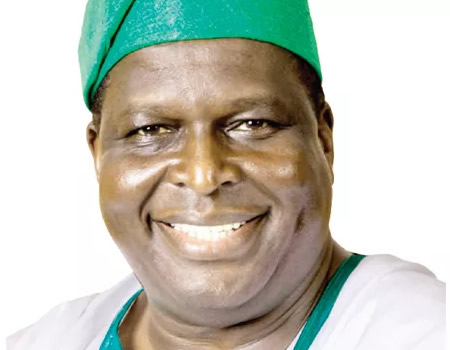 THE National Council of Arts and Culture (NCAC) is to organize a national summit on the roles of the nation’s traditional rulers in promoting the economic growth and national development of the Country.

The Director-General of the Council, Otunba Olusegun Runsewe disclosed this to the Tribune Online in Abuja on Wednesday while speaking on the preparations on ground to the Summit which is the first of its kind in the Country a huge success.

Runsewe who assumed office as the leadership of the Council recently stated pointed out that the Council under him was already working on a compendium of the homesteads of traditional rulers from all parts of the country titled, “1000 Palaces of Pride in Nigeria”.

The NCAC boss pointed out that when completed, the booklet would be distributed within and outside the country

According to him, “This programme forms parts of the council’s new policy under my leadership to involve our traditional institutions in marketing Nigeria as a good tourist and investments destination.

“You can only imagine what we can achieve when they support NCAC in its new drive, judging by the successes recorded through their interventions in other sectors like healthcare and education.

“So for the first time we will be hosting a national summit on the relationship between traditional institutions, government and the governed. We also will be presenting a compendium, which we have titled one thousand palaces of pride in Nigeria to showcase the many historic locations from which our royal fathers contributed to the development of their domains and the country ultimately.

“Apart from all these, our traditional rulers as the royal fathers in their various domains will also be useful in combating crimes and other social vices in their areas as their people are always ready to listen to them and follow their instructions and advices.

‎”This summit is an innovation which we think will be of tremendous ‎ avenue to link the government at the three tiers with the masses at the grassroot and to further promote good governance in the Country.

“Our disconnection from and failure to work with the traditional institutions are parts of the problems we are having as a nation today. That’s why you no see more young people involved in criminality and they prefer the easy way to money, hence people choosing to be called unemployed, rather than seek for means to earn a living.

“People no longer listen to the elders or traditional rulers, but we know how it was when traditional rulers has a say in how society is run. So NCAC is going to partner at high level with traditional institutions to build a strong synergy between government with regard to its policies especially with the new push for diversifying the economy and creating jobs through sectors such as culture and tourism.

“You cannot build a vibrant tourism sector without a strong culture content and having carried out a study in the role of culture in building a commercially viable tourism sector, we have discovered that here in Nigeria, traditional rulers must be fully involved in creating and maintaining sites and events tourism brands through which we can attract attention from all other world.

“We have also adapted the slogan of ‘Our Culture, Our Pride’ because for a long time, we have adopted foreign cultures and this has not been completely useful to us. How can a country make progress? when we don’t even have confidence in our culture and our own way of life.”

In a related development, Runsewe hinted ‎ that the council had signed a N300 million Memorandum of Understanding, with the Bank of Industry (BOI) to provide loans for youths and artisans who involved in arts and crafts as the culture component was vital to improving the country’s standing in the international tourism market.