Entertainment
By Tribune Online On Jun 12, 2020 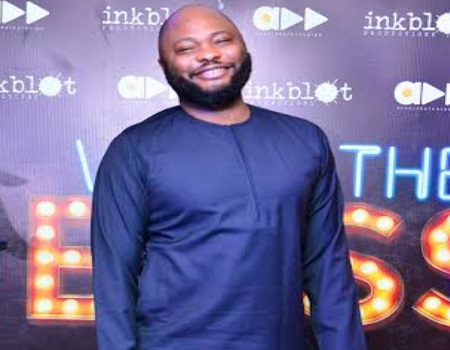 Naz Onuzo, a movie producer, has expressed reservations about the amendments in the sixth edition of the broadcast code recently released by the Nigeria Broadcasting Commission (NBC), saying they are unenforceable.

The proposed amendments were recently released to the public, following recommendations of the committee on the reform of the NBC.

Certain provisions of the amendment to the code, particularly sections 9.0.1 to 9.0.3 – proscribe exclusivity, compel content sub-licensing to competitors and empower the NBC to determine sub-licensing fees to other broadcasters, including direct competitors. Also, sections 6.2.5 and 6.2.6 also mandate sports broadcasters to sub-license the rights of acquired foreign sports content to their competitors, while section 6.2.10 states that sports broadcasters must invest 30 per cent of the cost acquiring local content to purchase a local sporting content.

But in a series of tweets, Onuzo noted that the NBC did not widely consult with all stakeholders, insisting that the proposed amendments will significantly limit investments in the creative and pay television sectors.

He also stated that some of the proposed provisions are unenforceable due a number of factors beyond the control of the content creators or broadcasters, adding that the NBC is wrong to seek to compel creators and broadcasters to sub-license their content.

“The NBC code shows a fundamental misunderstanding between channels and platforms. So, to use US examples, the first run of Grey’s Anatomy is exclusive to ABC, but ABC can be carried on multiple platforms- Dish, DirecTV, Comcast etc.

“What the NBC code has done is say that ABC must sublicense ‘Grey’s Anatomy’ to NBC in the first run if NBC wants. This is supposed to enhance competition, but it completely erodes competition. It removes the incentive to create ‘Grey’s Anatomy’. All you do is wait for someone else to,” he said.

Onuzo further noted that the NBC’s proposed amendment for the sub-licensing of sporting events will create a licensing cluster, arguing that the criteria of host broadcasters sharing their acquired content with competitors and investing 30 per cent of their cost in local sporting content cannot be enforceable, as it deviates from the global standards for increasing competition in broadcasting.

“A lot of Nigerian producers are rightly concerned by the removal of the exclusivity clause because exclusivity deals are the most valuable and this bit directly reduces the value of the most desirable Nigerian content which I’m assuming is an unintended consequence”.

She said while NBC claimed it is trying to protect local broadcasters, the new policy takes away their negotiating power.

She lamented that the agency’s self-given power to be one to negotiate how much content creators and broadcasters will sell their content even if they are losing money is counter-productive.

The NBC itself seems to have acknowledged that it got many things wrong, especially not consulting industry stakeholders and announced a decision to convoke a meeting of its board next week with a view to “smoothening the rough edges” on the new amendments.

“While acknowledging all the efforts of management and other stakeholders in reaching a consensus, it has become obvious that more voices need to be heard, and a few other stakeholders who have ventilated their opinion to be given adequate audience,” the commission said in a statement.