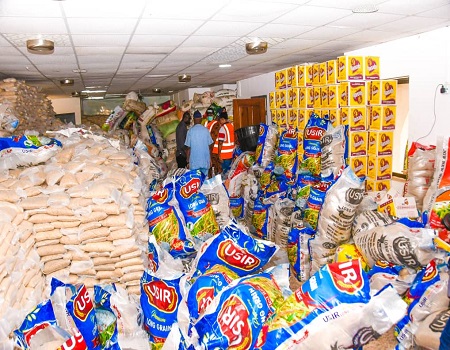 The chairman of the Benin branch of the Nigerian Bar Association (NBA), Mr Pius Oiwoh has slammed the plan by Edo State government to set up a mobile court to try suspected looters of COVID-19 palliative warehouse in Benin and arsonists.

The mobile court which is supposed to be located at the premises of the state police headquarters was to conduct the trial of some persons who allegedly damaged public and private property during the recent #EndSARS Protests.

Oiwoh said that the government’s decision to try the suspect is unacceptable, adding that there are existing conventional courts set up to hear such matters.

The chairman noted that using the police headquarters as a venue for the trial will compel those in charge of the mobile court to carry out the orders of the law enforcement agents, stressing that the charges cannot be heard summarily.

Besides, Oiwoh said that the courts that can entertain the matter are intact, adding that using police stations as a venue for the mobile court to be sitting will make the court do the bidding of the police.

He said: “These are matters that cannot be heard summarily. These are matters where for instance, the defendants may say they are not guilty and ought to be granted bail. In such instances, they will go home and the matter will be adjourned for hearing. The defendants will have an opportunity of calling his witnesses to explain to the court where they were as at that time.

“Now, when you set up a mobile court, it is with the expectation to hear them summarily guilty or not guilty and then send them to prison. It is not supposed to be like that.”

OU SHOULD NOT MISS THESE HEADLINES FROM NIGERIAN TRIBUNE

The All Progressives Congress (APC) has told a Federal High Court in Abuja, that the Comrade Adams Oshiomhole-led National Working Committee (NWC) was sacked to solve the internal leadership crises rocking the party. police

The party also said that immediately the Caretaker/Extraordinary Convention Planning Committee was put in place after the NWC’s dissolution, the crises that had characterised its affairs were laid to rest. police

All behind killing, arson, destruction in Oyo will be dealt with ― Makinde