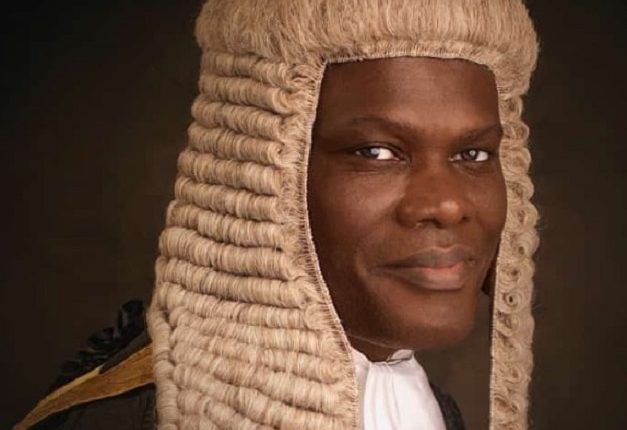 The National Executive Council (NEC) of the Nigerian Bar Association (NBA) has named the Ekiti State Attorney General, Olawale Fapohunda, SAN as Co-chairman of the Governing Board of the NBA Human Rights Institute (NBA-HRI).

This was contained in a communique issued by the association after its Quarterly National Executive Council (NEC) meeting held on Thursday, December 16, 2021, at the Peacock Hall, Providence Centre Abeokuta, Ogun State capital.

At the end of the said meeting, several resolutions were reached after the NBA NEC carefully considered and deliberated on various issues affecting the Bar Association and the Nation.

One of these resolutions was the approval of the setting up of the NBA-HRI with Chino Obiagwu, SAN as the Chairman and Olawale Fapohunda, SAN as Co-Chairman of the Governing Board of the Institute.

Amongst other resolutions reached at the meeting was the NBA NEC calling on the President of the Federal Republic of Nigeria, President Muhammadu Buhari to speedily sign the Electoral Act (Amendment) Bill into law before the timeline expires and where he fails to do so, charged the National Assembly to exercise its powers under the Constitution by overriding the presidential veto.

The NBA NEC also expressed their deep sadness over the “continued deterioration of national security” and drew particular attention to the “precarious security situation in Zamfara State which has become a real threat to legal practice in the State.”

“In view of the above, NEC reiterated its call on the Federal Government and security agencies to carry out their primary constitutional duty to ensure the safety of life and property in Zamfara State and throughout the nation, ” the communique read.

This is Fapohunda’s second appointment within the lawyers association, having recently been appointed Chairman of the Implementation Committee of the NBA Sexual Harassment Policy ostensibly in recognition of his expertise and leading advocacy role against all forms of Gender-Based Violence.

Nigerian Armed Forces get new generals, others in massive promotions