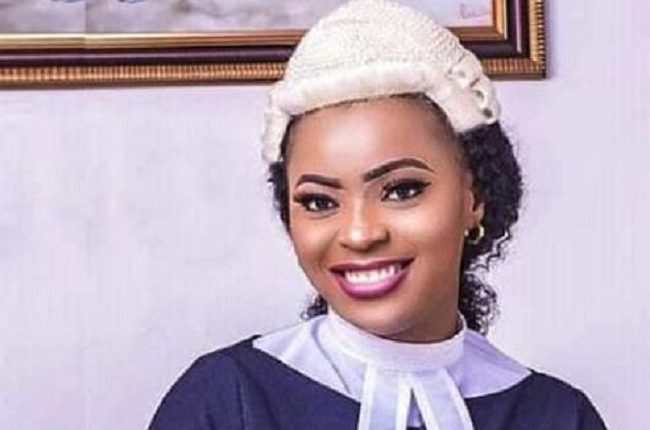 Mrs Agbasu, a Legal Practitioner with a Law firm, B. N. Okpuzo & Co. in Warri, was suspiciously murdered on 16th February 2021, along the Warri- Sapele road.

A report indicated that Mrs Agbasu was travelling from Warri to Sapele in a commercial vehicle with other passengers when some gunmen swooped on their car and pointedly shot her dead.

Chairman of the Warri branch of NBA, Emmanuel Uti Esq., who commiserated with the family of the slain female lawyer while addressing journalists on the development, condemned the cruelly meted out on the woman and her unborn baby.

“The Branch condemns in totality the execution-style shooting of Mrs Nkiru Agbasu (nee Ibe) who was heavily pregnant at the time of her death and states that her unwarranted murder is one attack too many, targeted at Lawyers carrying out their lawful duties.

“The branch is worried and suspicious that, Mrs Nkiru Agbasu (nee Ibe) might have been assassinated, as the alleged commercial vehicle where Mrs Nkiru Agbasu(nee Ibe) was travelling in, is nowhere to be found and no occupant of the said vehicle can be traced.

“The effrontery with which the perpetrators carried out the dastardly act of murder confirms the failure of the Government to secure the lives and properties of citizens in Nigeria and Delta State in particular.

“In recent times, there has been an unprecedented increase in cases of murder, kidnapping, armed robbery etc, with lawful citizens at the mercy of these criminals while the Government watches helplessly,” Uti lamented.

The NBA branch, therefore, demand a full and comprehensive investigation into the circumstances that led to the gruesome murder of Mrs Agbasu and her unborn child from the Department of State Services(DSS), the Commissioner of Police, Delta State Command and the Area Commanders of the Nigeria Police Force of Sapele and Warri Area Commands under whose jurisdictions the killing was executed.

The legal practitioners warned that the killing of Mrs Agbasu must not go unresolved like those of late Eguono Horace Dafioghor, Esq. and Samuel Eguanghanju, Esq., both members of the NBA Warri Branch who were similarly hacked down in cold blood and security forces have yet to fish out the perpetrators while the families of the deceased grope in pains and anguish.

The branch further called on the Federal Government and Delta State as well as security agencies to fulfil their constitutional responsibilities by urgently nip in the bud the rising cases of insecurity bedevilling the country.

The British Parliament at the Westminster Hall held a debate on ‘e-petition 554150, relating to Nigeria and the sanctions regime’ on Monday. The government of the United Kingdom has however responded…NBA decries killing  NBA decries killing

The surprise visit made on Friday night by the leaders of the ruling All Progressives Congress (APC) to former President Goodluck Jonathan at his residence in Abuja triggered a stir in the major political camps, resulting in at least four possible theories..NBA decries killing  NBA decries killing