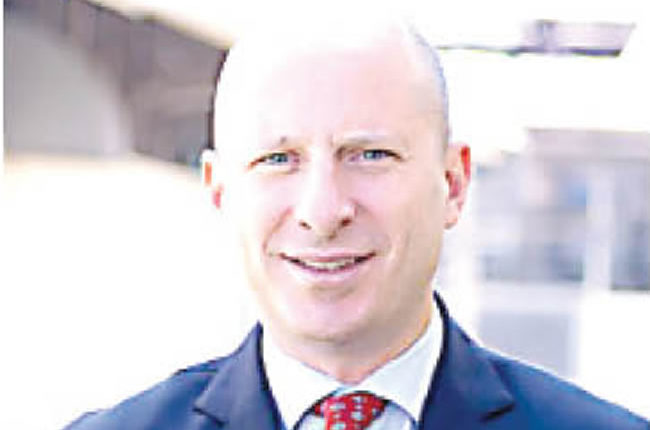 WHEN the Nigerian Breweries Plc rolled out  the first bottle of its  flagship product, Star Lager Beer, from its Iganmu Plant, in Lagos,  in 1949, little did it know that  history was, indeed, being made. Apart from making it the first indigenous brewing company,  in the country,  the  71 year-old organization  also remains one of the very few indigenous brands that have survived the nation’s  topsy turvy business terrain for over seven decades, without blinking an eye.

Not a few, however, believe that the company’s journey in the nation’s business ecosystem in over seven decades, to becoming the largest  brewing company, in the country,  bears eloquent testimony to its resilience and  determination to go the whole hog, as far as doing business in the nation’s alcoholic  and non- alcoholic market segment is concerned.

For instance, from a humble beginning, at its Iganmu-Lagos plant, the only brewing plant it had in the country, then, the brewing company now boasts of eight fully functional state- of- the- art brewing plants and two malting lines, spread across the country, from where it rolls  out its quality offerings, specifically designed to meet the different tastes of the Nigerian consumers in that market segment, and those  of other 15 countries in Africa, Asia, Europe and America.

Not a few market watchers have argued that if there is anything that has kept the ‘fire’ burning for the brewing company, it is its rich portfolio. The idea of having a huge and rich portfolio, according to the company’s management,  is to ensure that ‘there is something for every consumer’ in the nation’s alcoholic and non-alcoholic market. And, this corporate mission has continued to remain one of the areas of focus for the leadership of the company at any given time. For instance,  twenty one years after the launch of its  first offering, Star lager, the company again introduced  Gulder beer, another lager brand, in 1970, to take care of consumers, desirous of having a different brand and taste from the popular Star lager.  In 1976, it veered into non-alcoholic brewing, when it  decided to introduce the Maltina drink, a non-alcoholic malt drink, designed to take care of the tastes  of its non-alcoholic drinking consumers. Its decision to  introduce the Legend Extra Stout Brand,  in 1992, signified its intention to fight for a share of a market segment,  which  had, hitherto, been  ‘colonized’ by competition.

Not a few believe that the advent of Legend Stout raised the stakes in that market segment; making  competition to think out of the box, by coming up with other stout offerings to ward off the threat, posed by the newly introduced  Stout brand from Nigerian Breweries.

But, hardly  had the ovation that greeted the unveiling  of Legend Stout died down when the company, again, decided, in 1994, to launch its Amstel Malt drink, another malt drink, meant to cater for the needs of  its health-conscious consumers, desirous of a non-alcoholic  drink, with less sugar. Many other products have since been rolled out from its different plants, since then.

Interestingly, the company has been unsparing in its efforts at exploring the nation’s business environment and contributing its own quota to the development of the economy.

For instance, besides its export business which dates back to 1984, it has also continued to play crucial roles in the floating of ancillary businesses, which include manufacturing of bottles, cans, crown, corks, labels, cartons and plastic crates.

One of the several staying powers of the brewing company is its continued innovation and ability to really determine the type of drinks the consumers need before coming up with a product.  One of the recent innovations that has continued to make waves in the market segment  is its Heineken Sleek Can, a unique packaging, designed to bring fresh perspective to beer consumption in Nigeria.  Interestingly, not a few have attributed the exploits of the brand in the beer ecosystem in the past one year to such innovations that have continued to set the premium beer brand apart from its peers.

With a market capitalisation of N472 billion as at December 31st, 2019, NB Plc remains one of the largest in the country, by market capitalization. Interestingly, the brewing company has not veiled its commitment to realising its corporate mission of being ‘the leading beverage company in Nigeria, marketing quality brands to deliver superior customer satisfaction in an environmentally friendly way’. Its financials bears eloquent testimony to this. For instance, the company’s Half of 2020 Report, released by its Board of Directors, recently, shows  an organization that refuses to be bogged down by challenges. For instance, the half-year ended 30th June 2020, revealed  a revenue of N152billion for the period under review and Profit After Tax (PAT) of N5.7billion, despite the public health crisis facing individuals and businesses across the globe. But, despite the decline in revenue, especially when compared  to the N170billion recorded in the corresponding period in 2019, the result still indicates a strong balance sheet for the company,  going by the several factors businesses had to grapple with during the period.

The company had earlier announced a revenue of N83.2billion for the first quarter of 2020, making a Profit After Tax of N5.5billion during the period.

One of the areas the brewing company has continued to make its impact felt is through its corporate social responsibility initiatives. The aim, the management explains, is to give back to its operating environments, and bring smiles back to the faces of the people.  And,  over the years, the company has continued to walk the talk.  For instance, the Maltina Teacher of The Year, a CSR initiative in the education sector remains a programme that has revolutionised the nation’s education space and boost the morale of stakeholders in the sector.

The initiative which has, since its inception in 2015, produced  five winners,  is designed to help improve the standards in teaching, so that its impacts will ultimately result in better performances from the students.

The grand winner of the annual programme  is always  rewarded with a N6.5million, that is an instant cash prize of N1.5million and  a sum of N1million,annually, spread over a period of  five years, in addition to an all-expense paid capacity development training abroad, a furnished block of six classrooms, a library and sanitary facilities worth about N20million for the school the winner teaches.

Interestingly, NB Plc seems  to have its hands in every  pie, as far as CSR activities are concerning. For instance, its Access The Stars initiative,  is another of its CSR activities that have greatly impacted its operating community. A collaborative music platform , with Access Bank,  the programme is designed to discover exceptional and aspiring Nigerian  music  talents  to reach higher heights. And, since its launch in 2019, the programme has continued to define the nation’s music space. According to the company’s  Chief Executive Officer,  Jordi Borrut Bel, the initiative  is meant to give hidden gems access to shine by discovering , polishing and showcasing them to Nigerians, Africans and the world.

Just recently, the company also threw its weight behind the federal government and state governments, in their fight against the spread of COVID 19,     when it donated N600 million to fight the deadly virus. The donation, which comprised of a N250million cash donation to the government, through the Coalition Against COVID-19 (CA-COVID); N250million cash donations to seven states and N100million worth of relief materials, was to help meet their critical operational needs, especially contact- tracing and movement of materials/personnel to isolation and treatment centres, among others.

Though with an array of garlands in its kitty, one of such the company will cherish for some time to come are the Gold Prizes awards, received by three of its leading brands, Gulder, Goldberg and Star Lager, in far away Rome, Italy, last year.

The brands were picked  out of more than 3,000 products of more than 1,000 companies from 90 countries around the world, presented to the Monde Selection juries for evaluation.  Other laurels in the  portfolio of the company are: Amstel Malta’s recognition as an international high quality and prestigious brand by the International  Taste and Quality Institute; while Maltina, Star Lager, Heineken, Goldberg, Life, Amstel Malta, “33” Export Lager beer and Fayrouz were once winners of the Advertising Association of Nigeria (ADVAN) Awards for Marketing Excellence at different times. The company has also bagged several awards in other areas of its operations, such as marketing excellence, productivity and innovation, health and safety, corporate social responsibility and sustainability.

But despite riding the market segment like a colossus, especially in the past 71 years, many  are,  however, of the belief that the brewing company would have to dig deep into its arsenal to ward off new competitions, with immense global tentacles and influence, threatening to yank off their own shares of the market from this brewing behemoth.  In the past few months, the market  had  witnessed substantial investments from such competition, a  development that has raised the stakes in the segment and make the competition in the sector,  more fierce.  Fortunately,  NB Plc is not  new to competition.  Its experiences in the market, spanning over seven decades has, without doubt, put it in good stead to continually weather the storm.  But one thing is clear: despite riding  the nation’s alcoholic and non-alcoholic beverages roughshod, for over seven decades,  the company’s uncommon resilience, especially in recent times, shows an entity that is not in a hurry to let go of such dominance.