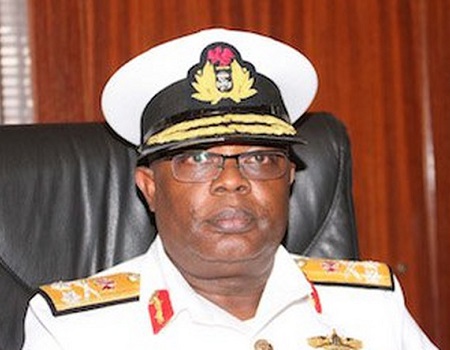 In continuation of its war against social vices, the Directorate of Naval Education on Friday launched its campaign against illegal activities, examination malpractice, drug abuse and other social vices that can truncate the future of young people.

The campaign which is led by the Chief of the Naval Staff Vice Admiral Ibok Ibas was launched in Port Harcourt Friday.

Ibas who was represented by the Director of Naval Education, Commodore Isa Ahmed said that the campaign was launched due to the ongoing activities of social vices, the height of the insurgency and drug abuse often found in the society among secondary school students.

“The Naval Directorate is sensitizing the students on the war against social vices to make sure that the cankerworms that have eaten deep in the psyche of the nation’s school system as examination malpractice do not surface in all the welfare schools under the Eastern Naval Command and the Nigerian Navy at large.

“This campaign is beyond the students, it’s on stakeholders starting from parents, they should see that investment into the lives of their children as what they will reap in no distant time.

“Students must key into this vision against social vices to attend success and make sure that their future will not be truncated,” he said.

ALSO READ: Sokoto is blessed with many natural resources ― Tambuwal

He called on the Federal Ministry of Education to key into the sensitization effort to collectively fight against social vices and its menace that could ruin the young ones.

In his address, Mr Ndionyenma Nelson, the Vice Principal of Administration of the school said that evaluation of schools is the key to the success of any school.

Nelson said that naval education had always carried out an evaluation which brought them to the vision of war against social vices.

He said that the campaign would go a long way to curb the menace in society.

In her response, Miss Benita Anyaoku, the senior perfect girls of the school on behalf of the students said that knowing the effect of social vices, she would lead the campaign to achieve the goal of naval education.

Anyaoku pledged on behalf of the students to abstain from all forms of vices by taking the antidote of the vices.
“We will stay away from people that engage in social vices, expand our reading time, avoid following the crowd and people that will not add value to our lives,” Anyaoku said.