•‘Politicians issue them voter cards, use them in elections’ 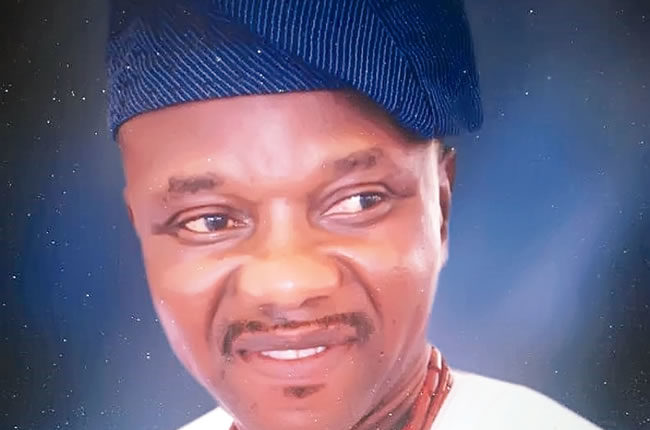 Chief Raymond Adekunle Olaiya from the Akinsemohin Ruling House of Lagos Island is a lawyer and head of Makoko community. He speaks to SUBAIR MOHAMMED on the security situation in the area.

Makoko is one of the flashpoints in Lagos State, what is the level of insecurity in the community?

Before my emergence as the head of Makoko community, truth is, Makoko was haven for all manner of crimes. But when I was enthroned, I brought sanity to the community. I must say that the Lagos State government and politicians are culpable in whatever becomes of Makoko community today. They do more harm than good to the people at the grassroots. As you all know, Makoko is a community of people from diverse cultures in Nigeria among which we have foreigners, the Egun from the Republic of Benin.

During every election, they lured these non-Nigerians with money and gifts to vote for them and in turn they condoned all shades of illegalities from them. They didn’t stop at this; they issued them voter cards and residential permits and accorded them rights and privileges which are solely meant for the citizens of this country.

On many occasions, I have warned the government on the dangers of using strangers as community heads in Makoko. There are more than 10 natives of the Republic of Benin ruling over a small space in the community and the government is exploiting their number. This is why we have not had any political change in Lagos State since the return of democracy in 1999. It is because they condone illegalities. I am telling them to stop it because it is the reason you see different kinds of people perpetrating heinous crimes in the community.

For instance, the viral picture of a man who wore a security vest with the inscription ‘Makoko Division’, what is the meaning of Makoko division? It is unfortunate that anybody brandishes whatever he or she likes because the government is not doing the needful.

With the picture you have just painted, what is the present security situation in Makoko?

Makoko will be safe and secure if the government cooperates with us. We know how to eject miscreants from our community but the government sees them as useful tools. They collaborate with them at every election. They buy cars for them and put some of them in positions of authority. So, what can I do in such a situation? I am helpless in such a situation. If a foreigner from another country can become a supervisory councillor in Makoko, what do you want me to do? Do you want me to tell the government not to put him there?

In order to satisfy their selfish desires, the government upturned the history of the people. The security situation in Makoko is porous is because of the failure of the government to do the needful.

As a community head, what have you done to address the porous security situation?

Many years ago, I told the commander of the Vigilante Group of Nigeria, Yaba LCDA, Mr Omisore Israel, to mobilise his personnel to provide security in the community. To achieve this, I bought instruments for them. I gave them ‘torchlight’ and other things that would be needed for the job but what came out of it? I am ready to cooperate with anybody or group that wants progress for my community.

Makoko was a terrible community as far as security is concerned in 2011. There were cases of rape in broad daylight and there was no monthly sanitation exercise when people didn’t get killed. To address this, I went from house to house with the police and started pointing at perpetrators of such evil acts. The police arrested every one of them and I was labelled a ‘police baale’ but I was not bothered. I also collaborated with all the security formations in Makoko, including the Vigilante Group of Nigeria, but all these came to naught because the people were not cooperating.

People are not cooperating? How do you mean?

They are not cooperating because of their refusal to pay security dues. The provision of security is very costly and we have to pay the security guards. I foot the bills. I couldn’t be spending my money every time and that’s the cause of the security lapses we are experiencing in Makoko today.

The police in Makoko are doing their best to protect lives and property of residents and anytime they are called upon, they respond swiftly. But if the people are not ready to cooperate and complement the efforts of the police, security will be threatened.

We had a police post in Makoko which was donated to the police by the community. It is still there but it has been turned into a restroom for the police. Police personnel now sleep inside it. It is no longer a police post.

Makoko is a flood-prone community. How prepared are residents to confront this challenge?

Let me correct the assertion that Makoko is a flood-prone community. The whole of Makoko is on solid ground but the frontal part of the community which my grandmother gave out to the foreigners from the Republic of Benin on rent is what was referred to as a flood-prone area.

The inhabitants on the lagoon are foreigners who came to Nigeria to fish and we accommodated them but they have constituted nuisance to the community and the state. There is no criminal activity that doesn’t exist at the waterfront. They sell illegal drugs there. When an armed robber is chased to the waterfront, he disappears without a trace.

The Makoko waterfront is an illegal assemblage of people from the Republic of Benin. If the government permits me, within seven days, I will clear the shacks and every illegal hut built on the lagoon and its environs. The waterfront is an eyesore. If it is going to be used for human habitation then it must be organised properly and not the way the government is supporting them. The Lagos State government is supporting their illegalities.

Makoko, in the eyes of the world, is a community of deprived people. What do you think should be done by the government to improve on the living standard of residents in the community?

The people from the Republic of Benin came in by road without proper documentations to reside in Makoko and the immigration officers were not able to stop them while the Lagos State government licensed them as residents of Lagos State. They carry our voter cards as Nigerians. If the governments do not give them backing and recognition, they will leave Makoko and return to their country.

How would you describe living in Makoko community?

Living in Makoko is peaceful if the government will do the needful. We have electricity and other good things of life. We have potable water from the state’s water corporation and the entire roads are tarred unlike what obtained in the 70s. But the waterfront in Makoko, which has been taken over by illegal immigrants and criminals, has no road. They don’t pay electricity tariff and they are doing lots of damage to our ecosystem. They are not adding any value to the community. They are doing lots of damage to our environment yet the government is condoning them for electoral gains.

Any traditional ruler that wants to eat will meet them and they give such ruler fish in exchange for traditional titles. What kind of life is that? Can I go to the Republic of Benin to claim traditional titles there? Except the government has the willpower to effect necessary changes, the state will never move ahead.

We Nigerians are very industrious people. In Makoko, all the ethnic groups and tribes in Nigeria are represented and they are contributing to the development of the community. We live in harmony with each other and we are not complaining about them. Whatever they have to contribute to the growth of the community, they do. But when you have people whose motives are beyond economic survival, it threatens the security system because it cannot be monitored.

If a Nigerian commits any offence, he can easily be traced because he has a root. But if an Egun native from the Lagoon side commits a capital offence, within two hours, he will get on his boat and run off to the Republic of Benin where he came from without a trace. And these are the types of people that are given traditional titles. Makoko community has one Baale. Every other person you call Baale are street captains. And these street captains are non-Nigerians. They are from the Republic of Benin. This is one of the terrible things they do to citizens of this country.

For pecuniary reasons, Nigerian leaders have sold their birthright and mortgaged the future of Nigerians. I am the owner of Makoko and I represent the interest of the people of the community. The aliens are here but for a temporary period. They will come and go when it is time for them to leave but as a true indigene of the community, I have nowhere to go. I have to develop our community. Let the government bring sanity to our community and we will follow them.

So, what is the way forward?

The name of the sage, Chief Obafemi Awolowo, is on the lips of many of us because of his selfless service to the people. If he had been selfish, the Yoruba nation will not be where it is today. He had many legacy projects across the South-West and he never named any of them after himself. Pa Awolowo could have named the Western House after himself but he never did. But every toilet and road built by modern-day politicians are named after them so that they can get recognition and accolades.

How Yahoo boys use girlfriends, POS to dupe Lagos residents