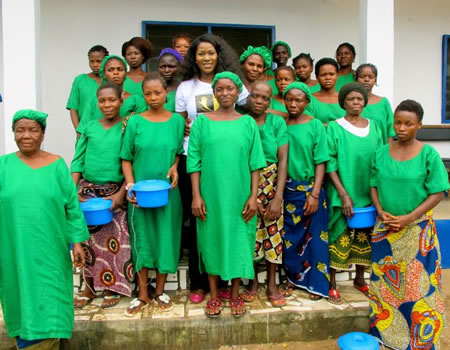 The National Obstetrics Fistula Centre, Ningi, Bauchi State has treated no fewer than 1,000 patients of Vesicular Vaginal Fistula (VVF) from 2016 to 2017, sensitize and offer medical advice to many in this regard.

The Medical Director of the centre, Dr Umar Nasiru Ibrahim, who stated this on Tuesday in commemoration of 2017 World International day to end obstetrics fistula at the centre in Ningi said the centre serving the entire North East is poised to meet the need of the zone through efficient service delivery.

According to him, since the inception of the centre and take over by the Federal Government, the centre has treated over 1,000 patients from various states of the North-East and neighbouring Cameroon, with 80 per cent success.

Dr Ibrahim who disclosed that the whole world has 2-3 million cases of VVF and 12,000 cases yearly in Nigeria, stated that something need to done avert the prevalent situation in the country adding that the cases of VVF resulting from childbirth is preventable by constantly going for antenatal and giving birth at the hospital.

Corruption: EFCC workers embark on road walk to stamp out corruption in Enugu