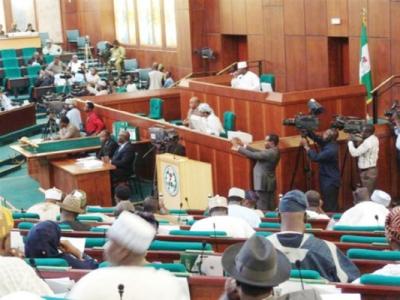 The Anti-Corruption and Research-Based Data Initiative (ARDI), on Tuesday, called on the National Assembly to consider an accelerated passage of the Proceed of Crimes Recovery and Management Agency Bill recently approved by the Federal Executive Council (FEC).

This, according to the agency, the crimes recovery bill is an antidote to the incessant intimidations and exploitations citizens suffer in the hands of some staff of government agencies responsible for the recovery of proceeds of crime in the country.

In a statement issued and signed by ARDI Director of Publicity, Yiniyes Jibrailu, and made available to newsmen in Abuja, the agency said complaints of such intimidations and harassments are daily occurrences and the government seem to be helpless due to the thin line between the sincere fight against corruption and official corruption perpetuated daily by the staff of such agencies in their line of duty.

It said: “There are complaints of citizens being intimidated into surrendering properties perceived to be proceeds of crime. Most of these properties afterwards end up in the private possession of staff of some of the anti-corruption agencies without traces of such recoveries in government records.

“They are simply relooted or sold to friends and cronies at give-away prices, thereby denying government expected revenues. This could be one of the major reasons the Honorable Attorney General of the Federation and Minister of Justice facilitated this bill to save the government of such embarrassments.

“At the moment, agencies cannot manage recovered assets under their establishment laws due to conflict of interest and the inadequacy of the provisions with regards to the transparent management of the assets and funds.

“The earning from the recovered funds will serve as a source of revenue for the implementation of Annual Appropriation Acts and for development of critical infrastructures in Nigeria.” The statement added.

ARDI further explained that the AGF’s sagacity and humility have earned the country so much income through repatriated funds and more are still coming.