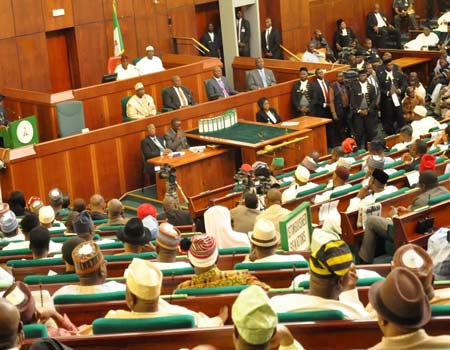 Ahead of the planned resumption of federal lawmakers from their annual recess, a policy initiative group, Policy and Legal Advocacy Centre (PLAC) has called on them to give priority to the passage of the Petroleum Industry Bill.

The Executive Director of PLAC, Clement Nwankwo, made the declaration on Friday while speaking with newsmen shortly after his meeting with the Acting Clerk to the National Assembly, Architect Ojo Olatunde Amos, in Abuja.

Nwankwo said it would be a misnomer for the federal government to embark on total deregulation of the oil and gas sector in the absence of enabling legislation.

He maintained that the PIB was critical to the success of the effective operation of both the upstream and downstream sectors of the oil industry.

He said: “The PIB is critical and it has been here for too long. It is important that the National Assembly takes quick action on the PIB because there is so much going on in the petroleum sector.

“The Federal Government said it has removed fuel subsidy, yet, the Nigerian National Petroleum Corporation (NNPC) is so much involved in what should be a private commercial activity.

Speaking on the scheduled amendment of the 1999 Constitution by the Senate ad-hoc Committee, the PLAC Executive Director called on the team led by Deputy Senate President, Ovie Omo Agege to do a holistic review of the Electoral Act to inspire confidence in the electoral process.

“Electoral reforms is critical as well. I think the National Assembly needs to conclude amendments to the Electoral Act.

“Indeed, not just an amendment. We had advocated recently for the repeal and re-enactment of a new electoral law.

“There has been a lot of experience from the 2019 elections – from Kogi, Bayelsa and now Edo is happening this weekend.

“We think that with all of this knowledge and experience, the reforms of the Electoral Act needs to happen very quickly.”

He equally advised the ad-hoc Committee not to rebuff agitation for power devolution to federating states.
“There are conversations around what is called restructuring and it means so many things to so many people.

“So the conversation around Constitution review also is very important.

“I think that the National Assembly’s ad hoc Committees on Constitution review need to get into quick business and expedite action on the proposals for amendment.”

Earlier, while addressing his guest, the Acting Clerk to the National Assembly, Arc Ojo, said his managing would soon create. forum of serving and former Clerks for the purpose of consultation and ultimately add value to service.

“This has necessitated my resolve to improve on the parliament’s joint task with PLAC to proactively promote our developmental process in good governance, democracy and above all, greater transparency and accountability.”

“Our quest for knowledge and robust consultation is further driven as we are considering the need to create a forum of former and serving Clerks at the National Assembly and State levels, to promote the spirit of consultation from time to time.

“There is no doubt that, like its executive counterpart, the National Assembly needs a lot of think- tank and stakeholders’ participation to transform and function more effectively.”