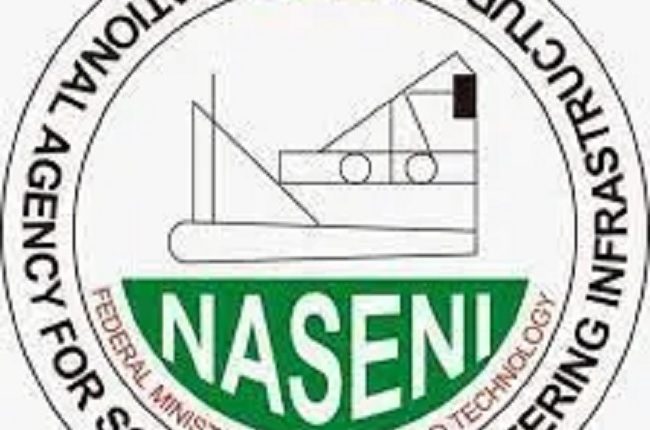 The National Agency for Science and Engineering Infrastructure (NASENI) in collaboration with Atmosfair, Germany has launched and distributed 3,000 units of NASENI-Atmosfair Save 80 Energy Efficient Stove to Nigerian women, Widows, and IDPs across the six geopolitical zones in order to save the environment from continuous degradation, unabated deforestation and to reduce harmful emissions in the country.

Speaking at the unveiling and distribution of Save 80 Efficient Stove at the NASENI Headquarters in Abuja, the Executive Vice Chairman/Chief Executive of NASENI, Engr. Prof. Mohammed Sani Haruna said with the consideration of Nigeria’s Nationally Determined Contribution (NDC) targets for emission reduction by 2030, the use of energy-efficient cooking stoves provides high potential for emission reduction and mitigating climate change.

According to Prof. Haruna, there is over forty percent (40%) saving in cooking time and environmentally friendly compared to firewood and charcoal fuelling methods, with increasing energy efficiency, adding that with the launch of Save 80 Energy Efficient Cooking Stove, Nigeria will achieve the United Nation’s Sustainable Development Goal No.7 on Energy access to affordable, reliable, sustainable and Clean Energy for All.

He said: “NASENI in collaboration with Atmosfair Launch the Energy Efficient Stove today and will distribute 3000 units as donations to deserving women, IDPs, and widows across the six geopolitical zones. This Corporate Social Responsibility (CSR) will improve the Agency’s eco-friendliness and carbon footprint, a positive contribution to climate change and service to humanity”, he stated.

Engr. Prof. Haruna noted that the Agency has intervened in several sectors of the Nigerian Economy and has domesticated several technologies which beforehand were considered impossible in the country, adding that NASENI hitherto had made several efforts in renewable energy technologies including biomass, wind energy, and Solar Module Manufacturing plant at Karshi, Abuja.

On how the stove will be distributed, Prof. Haruna explained that some of the stoves will be handed over to the Ministry of Humanitarian Affairs, Disaster Management, and Social Development for onward distribution to IDPs and those that have been affected by recent flooding in the country.

“Let me add that the production of these stoves is also a viable, self-sustaining, and revenue-generating venture, which will create thousands of employments, we are duplicating the manufacturing facility for both the stove and the Brackets (Fuel of stove) which is from Agric waste. The product will be manufactured simultaneously in Kano and Agada villages of Karu Local Government Area of Nasarawa State”. He affirmed.

In his address, Dr. Dietrich Brockhagen, the Managing Director, Atmosfair, Germany said the NDC of Nigeria to Paris Agreement sets out an ambitious target: 7 point 3 million efficient cooking stoves envisaged to be in use in Nigeria households by 2030.

Explaining the efficiency and powerful remedy of the Save 80 cooking stove, he said the name says it all, “they save 80% fuel wood; more so, they come with a wonderful box, a heat-containing device. So, if you cook rice or beans, efficiency can go up to 90%. And together with NASENI, we want to go all the way to 100% fuel wood saving.”

He said instead of firewood, use briquettes made from crop residues, stating that this 100% saving machine, spread out in great numbers could effectively bring deforestation in Nigeria to a halt.

“NASENI is in our partnership with the NAGGW, we will identify pilot villages and small towns, in order to test briquetting machines and their use in communities, and make sure that it works in practice,” he added.