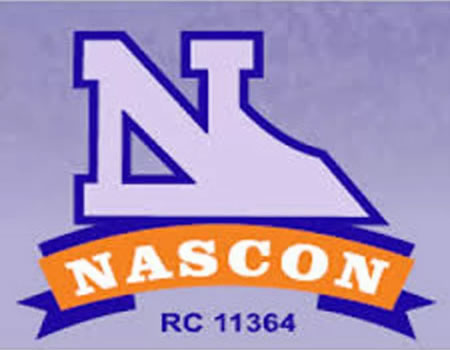 NASCON Allied Industries Plc is targeting a larger market share in the food sector through increased product range and innovation.

According to Executive Director, Commercial of NASCON, Fatima Aliko-Dangote, the company, which added three new products in 2018, will be introducing more products this year as part of strategies to meet the needs of its varied customer base.

Fatima Aliko-Dangote, who spoke at the annual general meeting of the Dangote Industries Limited subsidiary held in Lagos on Thursday, said NASCON products are widely accepted in the market.

Managing Director, NASCON, Paul Farrer said the company, having demonstrated its resilience in the challenging environment of 2018, is strongly focused on capacity growth and increased market penetration.

He disclosed that the company would be leveraging on a number of synergies including improved output in terms of quality, quantity and business efficiency to deliver value for all stakeholders.

On the new products introduced in 2018, he said, “We launched the Dangote Stew Mix, Dangote Curry and Dangote Classic seasoning. These three products are part of a wider product enrichment plan to diversify our product portfolio. The products were specifically developed to meet and surpass the needs of our consumers across the country. Each of these products has been tailored to suit the local taste and cooking habits of the different regions in Nigeria. We would continue to differentiate ourselves in our product category by consistently delivering high quality, nutritious products.”

Shareholders at the AGM took turns to laud the board and management of NASCON for a good outing in 2018 and counselled the latter to do better in the present year.

A shareholder, Olagoke Olusegun, commended the quality of the board of directors which he said consists of vibrant and experienced members who oversee and influence the activities of the management team. According to him, the good synergy between the board and management is seen in the performance of the company despite the harsh operating environment manufacturing companies faced in the year 2018.

He also tasked the management to pay more attention to the welfare of staff who are key to the performance of the company. He said, management should adhere to the best operating guidelines in order not to run afoul of regulatory agencies’ requirements.

Another shareholder, Sunny Nwosu, in his remarks, lauded the board and management of NASCON for their ability to declare and pay dividends despite the harsh operating environment which resulted from the Apapa Wharf gridlock and the downturn in the national economy. He said while other companies are lamenting and cutting down on production, the company is paying dividend which is commendable.

Mrs. Funke Godswill, also commended the performance of the company but lamented the impact of Apapa Wharf traffic which she said hinders optimal performance of companies within the axis. Sunday Apu, a concerned shareholder, bemoaned the issue of smuggling of salt products through the borders which erodes the market share of NASCON. He called on the management to collaborate with the Nigeria Customs Service in order to curb the spate of smuggling which stifles domestic production.

Mrs. Bisi Bakare, in her contribution, commended the quality of the product mix from NASCON which she says compares with the best in the market. She also lauded the board and management for the company’s dividend policy, and paying of dividends consistently for the past eleven years. Another shareholders’ rights’ activist, Murktar Murktar said NASCON is garnering more market share through the introduction of three new products in 2018.

That beheading incident in Ekiti