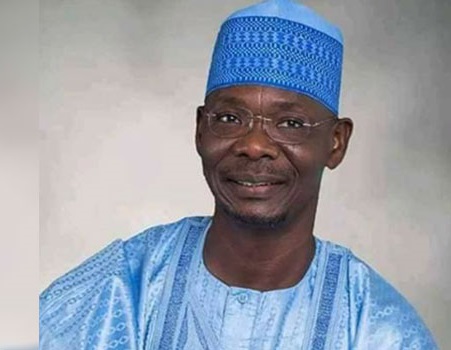 The three months training which is aimed at equipping workers with digital knowledge for service efficiency in offices also avails them the opportunity to acquire HP Laptops on loan from the state government.

Governor Abdulahi Sule of Nasarawa state, who flagged off the training at the Ministry for Local Government and Chieftaincy Affairs, Lafia on Thursday, said the essence of training is to update some civil and public servants on digital technology.

According to him, ” when we came in newly, we were able to carry out the complete exercise of reviewing our civil service operations and discovered that a lot of our civil servants, senior persons, including some permanent secretaries are actually not computer literate.

” As you know, part of our effort in this government is transparency, and in order to have effective transparency we should have e-governance in the state which would reduce bureaucracy, improve the way we do business, reduce wastages, blocks leakages and improve our revenue bottom line.”

He added that this necessitated for the training and “provide them with the hardware needed, the training is free while the hardware will be on loan but would be deducted from their monthly salaries so that it doesn’t become difficult for them to buy.”

The State Head of Service, Mr. Nicholas Aboki, while commenting on the three months training to be anchored by Bureau for Communication, Information Technology, assured to give them an enabling environment for the slick operation of the exercise in the state, adding that grade level 7 to directorates are those to benefit from the program.

He added that “our target is to get at least not less than 10,000 civil servants who should have computer knowledge.

” I know the computer is around N150,000 or thereabout and they would be paying for twelve months.”

He urged civil servants to utilize the opportunity and acquire the knowledge to join the train of global technology.