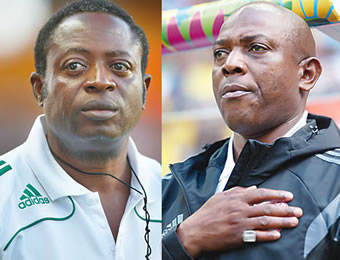 NASARAWA State deputy governor, Honourable Silas Agara has joined other football stakeholders in the country to call for the immortalisation of the late former Super Eagles coaches, Stephen Keshi and Shuaibu Amodu.

He made the call in Lafia, when he was appointed as the ‘Pillar of Sports in Nasarawa State by the state chapter of the Sports Writers Association of Nigeria (SWAN).

Agara, explained that the late coaches contributed immensely to the development of football in the country.

Agara added that, it may take up to 20 years for the country to fill the vacuum left by the late soccer tacticians.