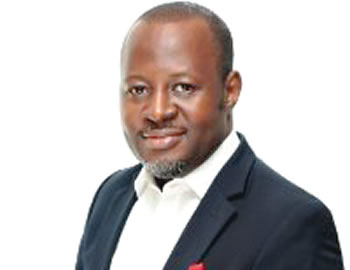 The National Association of Nigerian Travel Agencies (NANTA), has, again called on the Federal Government to implore right and timely policies to meet the needs of critical issues affecting major sectors of the economy.

The National President, NANTA, Mr Bankole Bernard, who at a breakfast meeting with travel writers, spoke on the prevailing situations rocking the travel industry, said the policy on forex has become a clog in the neck of operators in the travel business.

Bernard explained that bad policies of government and lack of certain parameter about the travel industry is a factor that is fuelling the present situation.

The NANTA president expressed dismay to the unbecoming activities of some airlines which have gone out of international standard to open city offices where they transact business with travellers directly, thereby depriving agents of their role as partners in the ticketing business.

The excesses of the government in area of policy (forex), which made it difficult for foreign airlines to repatriate funds, has given rooms for counter-activities ventured into by the airlines in order to measure up with the crisis fired by the government policy on forex.

He pointed that some of these bad policies, like the government foreign exchange policy among others are affecting the airlines and forcing them to leave the country.

He lamented that the most painful aspect of it is that the Federal Government is still collecting their taxes in dollars instead of collecting them in naira.

Bernard stressed the need for NANTA to engage with the government the more to understand their policies better and also educate the masses on government policies concerning the aviation industry.

He said that even the domestic airlines that would have taken advantage of the prevailing situation in the country are not leaving up to expectation at growing their businesses by playing the roles of the international carriers.

The NANTA president advocated for flag carriers in the country and not necessarily national carrier which has been in the pipeline for a long time now.

“Government cannot afford to neglect the aviation industry because it contributes significantly to the growth of the nation’s GDP,”he said.

He added that the rate and number of passengers travelling in Nigeria have drastically reduced which has also affected the business of NANTA members.

“This situation has led to reduction in revenue generated by government and NANTA members vis-a-vis fanning the ember of joblessness and this have negatively impacted on the businesses of our members, he noted.

NANTA boss stated that even Etihad Airlines has communicated to the Association that by August 1, it will start implementing zero commission for the agencies.

He believed that good government policies are needed to change the prevailing situation, adding that the new NANTA which is repositioning the affairs of members toward professionalism will put things in the right perspective for best practice and operations.

“This administration is more than willing to uphold professionalism in all its dealings .NANTA and its members are bunch of professionals .We want to set the international standards and we would ensure that our members are treated as professionals.”

Bankole disclosed that NANTA has been divided into five zones, which according to him include Lagos, Abuja, Western and Eastern and Northern zones, adding that the national body has empowered each zone to create chapters.

Of Lagos and street hawking law