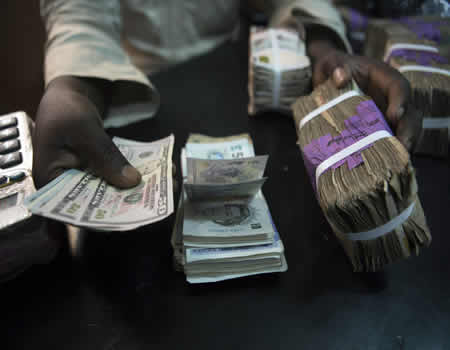 THE Naira on Tuesday weakened marginally against the dollar at the parallel market in Lagos, the News Agency of Nigeria (NAN) reports.

The Nigerian currency lost 50 kobo to exchange at N360 to the dollar, weaker than N359.5 traded on Monday, while the Pound Sterling and the Euro closed at N480 and N420, respectively.

At the Bureau De Change (BDC) window, the naira was sold at N360 to the dollar, while the Pound Sterling and the Euro closed at N480 and N420, respectively.

Traders at the market said though the Naira lost 50 kobo to the dollar, it was still trading within the N360 band approved officially for banks and BDCs.