Naira may fall to 400/$, investors jittery 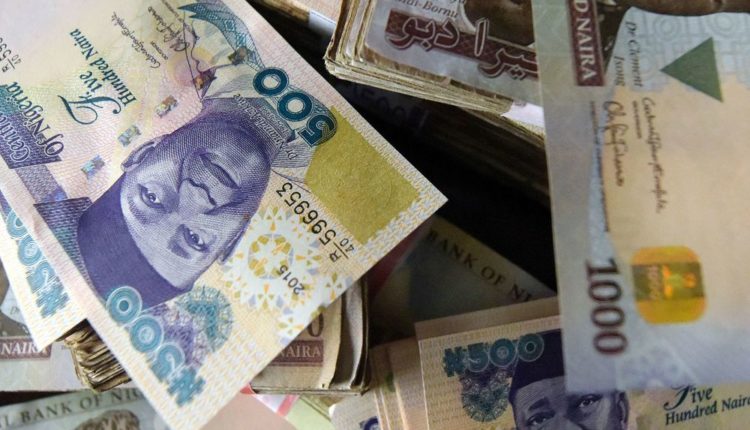 Nigerian stocks sank to a more than four-year low on Wednesday while bond yield spreads widened as jittery investors fret over a possible naira devaluation after oil prices plunged, Reuters reported on Thursday.

JP Morgan said on Wednesday it expected Nigeria to devalue its currency by around 10% to 400 naira per dollar by the end of June. Meanwhile naira differentials between the one-year naira forwards and futures widened as investors raced to hedge currency risk.

The two-month forward contract priced the naira above 400 to the dollar. The currency was priced much weaker at 468 in one year’s time, compared with the official rate of 306.95 supported by the central bank.

On the spot market, the naira was quoted at 368 on thin liquidity. Nigeria operates a multiple exchange rate regime which it has used to manage pressure on the currency.

The impact of the oil price plunge over the weekend has spread across asset classes in Nigeria, causing investors to widen spreads on the bond market, sell stocks and weaken the naira currency.

“I don’t think they are going to rush to move the currency. It is possible that Russia and Saudi do a deal in weeks and the oil price can rebound and then Nigeria can hold off from a shift in 2020,” Robertson added.

Nigeria’s central bank governor Godwin Emefiele, who supports a strong currency, backed by President Muhammadu Buhari, has been burning through its reserve of $36 billion, which is now down 16% from a year ago, to prop up the naira.

Ratings agency Fitch has said that Nigeria’s B+ rating, which has a negative outlook, could face problems if a prolonged attempt to defend the country’s currency peg ate heavily into its international reserves.

Aminu Gwadabe, head of Nigeria’s exchange bureaux, said that the central bank planned to sell around $75 million to them on Thursday at 357, he told Reuters after a meeting with bank officials.

Gwadabe said the naira eased to 370 on exchange bureaux from 368 on Monday as some customers were front-loading demand.

On the debt market, the 2021 bond quoted at 12.79% on the bid was offered for sale at 6.57%. Traders said local investors were showing some buying interest but spreads are widening.

The stock index retreated to 23,540 points on Wednesday to a level last seen in January 2016 after three session of losses.

Banking shares were the biggest fallers, down 3.54% and taking the sub-index to its lowest level in 40 months.

“As a start, Nigeria should use the current oil crash to finally move beyond its oil subsidies and the vague exchange rate policy,” said Zin Bekkali, chief executive of Silk Invest.

Bekkali said Nigerian policy makers should step in to allow local pension funds greater allocation to equities, which would help restore confidence to portfolio flows and support the naira.

Police rescue four NYSC members, one other from kidnappers