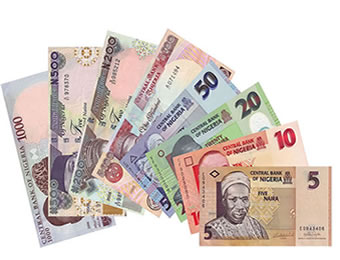 There are indications that the Nigerian naira which appreciated in every segment of the foreign exchange (forex) market last week, will stabilize on the parallel market as international money transfer agencies commences selling of dollars to Bureau De Change operators in line with the Central Bank of Nigeria directive.

This is even as China’s currency, known as either the renminbi or the yuan, has become the newest member of the International Monetary Fund’s (IMF’s) basket of reserve currencies.

The IMF announced that the move to include China’s currency in its reserves was effective October 1 and is a recognition and reinforcement of “China’s continuing reform progress.”

“We have started receiving dollar supply from Travelex and we expect this to gradually impact positively on the naira exchange rate going forward,” the President, Association of Bureau De Change Operators of Nigeria, Aminu Gwadabe, was quoted as having told Reuters.

“This week, we anticipate stability in the foreign exchange market on improved forex supply,” dealers at Cowry Assets Management Limited said in a note.

The Local currency appreciated against the greenback   at the interbank market, Brueau De

of boost in Dollar supply from US$30 million to US$45million from Travelex, an International Money Transfer Operator (IMTO); supplying US$15,000 to each of the 3,000 registered  Bureaux De Change operator, on Friday.

Similarly, IMF Director Siddharth Tiwari said in a statement that the decision  to add Yuan to reserves “is an important milestone in the integration of the Chinese economy into the global financial system,” adding that China’s “expanding role in global trade” made the move possible.

The inclusion of the Chinese renminbi according to them will displace the weight of the other currencies.

The People’s Bank of China heralded the move as a “milestone” in the country’s financial progress and said it is “an affirmation of the success of China’s economic development and results of the reform and opening up of the financial sector.”

Some analysts have argued China’s relaxed banking regulations have created the largest debt bubble in the world and will result in greater economic instability in China and globally. It remains to be seen how the IMF’s move will offset that instability.