NAHCON: On the road to self-sustainability 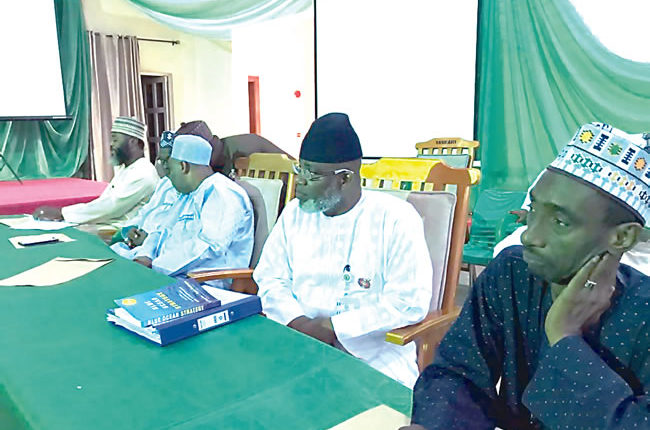 FOR four days between November 25 and 29, National Hajj Commission of Nigeria (NAHCON) board, management and staff members in the directorate cadre converged on Yankari Game Reserve in Bauchi State for a retreat themed ‘The Anatomy of a Successful Hajj Financing and Logistic Planning’. The retreat was organised as part of efforts to plan for the future of hajj financing and management in the face of the changing global operating environment and dynamics.

The training, organised by the commission, in partnership with Nungu Business School, drew facilitators from public administration, the academia, financial aid management sector, etc. The chairman of the commission, Alhaji Zikrullah Hassan, set the tone of the discourse in his welcome address when he described the “strategic retreat” as a “chance for us to look with new eyes at alternative ways of generating revenue without impacting negatively on the purse of pilgrims and quality service.”

He said: “This retreat therefore provides an opportunity for participants to discuss and brainstorm on the emerging challenges arising from the dynamics of the current operating environments of the COVID-19 pandemic, dwindling government funding, increasing tax policies in Saudi Arabia. Therefore, the retreat must find solution to translate our dreams and objective of affordable cost of hajj into reality and no place and time is better than here and now.”

After the ground rule was adopted, the first paper presenter, Muhammad Dasuki Ibrahim Arabi, the Director General of the Bureau of Public Service Reforms, explained that the success of any strategic plan was dependent on the understanding of the expectations of the staff by the leadership. He said success could only be achieved if the strategic plan was staff and people- friendly. He therefore advised NAHCON’s leadership to carry along all sides and work harmoniously for the success of its plan. Alhaji Arabi further advised that the leadership, while providing the strategic direction, must always uphold the ethical values and comply with public service rules and financial regulation to avoid sanctions.

In a second paper, Dr Tayo Kayode said an organisation on strategic renewal like NAHCON must, as a matter of necessity, embark on realty checks for its management and staff to determine whether it could survive or it was really ready for the modern approach, to determine what needed to be changed, the ingredient in the long-term plan, the gaps and the strategy that needed to be used. According to him, the organisation must identify its strengths, weaknesses and opportunities, as well as threats to its objectives before embarking on the way to change.

Dr Jubril Salaudeen had the ground well covered in his comparative analysis of three countries that are already operating the contributory hajj savings scheme – Malaysia, Indonesia and the relatively unknown tiny island of Maldives. He said despite their trail blazing development, these countries also experience disappointments and failures in the course of operating the system. He therefore advised NAHCON not to be swayed by criticism or fear of failure as both are part of the learning process. He urged the management to tread with caution and avoid being in a haste to catch up with the pacesetters. Dr Salaudeen noted that each country has its peculiarities and therefore Nigeria should not copy hook, line and sinker from other land.

His paper on the Indian automobile maker, TATA Nano, was also thought-provoking. The paper presenter stated that the case of TATA motor was a study in patience, determination and perseverance to succeed as the auto firm had stumbled on several occasions before it eventually found its feet and achieved its meteoric rise from obscurity of assemblage of scooter to becoming one of the largest automobile companies in the world. Using it as a case study, Dr Salaudeen told the participants of the tortuous way the company had taken while developing its concept of steady rise in automobile production.

Another paper presented by Professor Abdul Wasiu Gabadeen of the University of Abuja drew much cheer from the audience. The don said the NAHCON, in its bid to professionalise the hajj Industry, possessed the human and capital resources to establish the Hajj Institute of Nigeria as a flagship to train budding financial aid management experts in the industry. He, however, tasked the management to walk the talk in this regard. The success of establishing the institute, according to him, is dependent on the enabling legislative environment and the will to do so, so that the staff didn’t get lost in the mix.

Four papers were delivered by three former board members and staff of the commission, Professor Badmas Lanre Yusuf, Sheikh Saleh Okenwa and Alhaji Suleman Usman who were commissioners in charge of Operations, PRSILS and former directors in the department. While Drs Okenwa and Ibrahim Sodangi dwelt on the historical overview of NAHCON’s achievements and challenges since its establishment in 2007, Professor Badmas and Alhaji Usman focused on the spirituality of hajj and how it could be used optimally for commercial and financial benefit without the exploitation of the pilgrims.

On the third day of the retreat, the participants engaged in group discussion and project analysis. They were divided in five groups to present position papers which were to form the resolution and communique.

After working for four days non-stop, the outcome of the retreat included the underscoring of the need to see hajj, a religious rite, also as a business, and the pursuance and promotion of the concept of hajj savings scheme as a forward-looking strategy and instrument for financing and management of hajj. Part of the resolution of the retreat was the necessity of the commission building trust and confidence in its institutions, especially the HSS, by adopting the ethical values of transparency, accountability, integrity and honesty in line with the Islamic code of ethics. The need for a strategic alliance with major stakeholders, including the media and the traditional local institution, was also emphasised to promote HSS in every part of Nigeria and most importantly a passion for service and to excel would be utmost icing on the cake.

The retreat may have come and gone but it remains instructive that no matter how determined the management is to give a strategic direction or statement, success can only be guaranteed if all the stakeholders up their games and work in unison.

Ubandawaki is of the Information and Publication Division of NAHCON, Abuja.