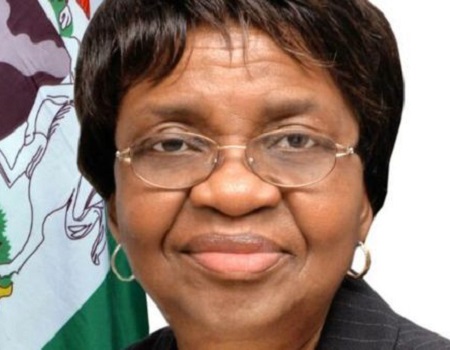 An end to chaotic drugs distribution in Nigeria is in sight as stakeholders have commenced work to actualize federal government’s policy initiative on establishing Coordinated Wholesale Centres across the country just as the National Agency for Food and Drug Administration and Control (NAFDAC) is teaming up the Pharmaceutical Council of Nigeria (PCN) to stop fake drugs.

The CWC is drugs wholesale locations where medicine dealers are to operate as off-takers from pharmaceutical products manufacturers. Retailers are expected to buy from these locations to ensure traceability of any defective products.

NAFDAC Director, Investigation and Enforcement Directorate, Mr Kingsley Ejiofor, disclosed that the initiative is intended to ensure that drugs are being monitored from manufacturers to retail consumers and that quality and safety of drugs in circulation is guaranteed.

To actualize this project, Ejiofor said that the PCN is working with NAFDAC to ensure that structures that meet the international standard are built by medicine dealers in designated locations in Lagos State, Onitsha in Anambra State, Aba in Abia State, Sabon-Gari in Kano State, etc.

According to Ejiofor, the December 31, 2018 deadline for the takeoff of the initiative was extended to enable major drugs distributors to construct the structures since they have to build by themselves and in line with specifications of PCN and NAFDAC.

This initiative, he said, is one of the policy measures being undertaken by regulators to stamp out fake and substandard drugs in the country, stressing that all industry stakeholders have been involved, including associations of medicine dealers in Lagos and other states.

He also commended inter-agency synergy and collaboration among government agencies which he said has been quite effective not only in busting fake drugs syndicates but also in nabbing importers of banned substances into the country.

When contacted the President of Pharmaceutical Society of Nigeria (PSN), Chief Mazi Ohuabunwa, lauded NAFDAC on its efforts to stamp out fake and substandard drugs in the country.

While calling for the closure of all unregistered pharmaceutical shops in the country, the PSN boss expressed hope that the Coordinated Wholesale Centres will address the problem of chaotic drugs distribution.

The Chairman of Lagos State Medicine Dealers Association (LSMDA), Island Zone, Sir Felix Ugbojiaku, confirmed that progress was being made to kick start the CWC project in Lagos which he said would cost hundreds of millions of naira.

“The CWC, which is a federal government policy initiative, is quite laudable and it is highly cost-intensive. Thanks to PCN, NAFDAC and Lagos State government which are working quite hard to ensure that the project is realized.

“For us medicine dealers, we believe the project will help to stamp out fake and substandard medicines because it will become easier to monitor drugs from suppliers to retail consumers. We can’t wait to see this laudable project takeoff,” Ugbojiaku stated.

He used the opportunity to dismiss a recent publication titled “Inside Nigeria’s market of death” by a certain national newspaper (not Tribune) which he said portrayed Idumota Lagos as one of the largest unregulated open drug markets in the country, where professionalism is of no use.

The LSMDA chairman said: “In the last ten years and more, fake and substandard drugs have never been and can never be found or sold in Idumota, Lagos Island axis of drugs distribution chain.”

He recalled that NAFDAC, under the leadership of Dr Paul Orhi, not too long ago, stormed Idumota drugs distribution hub unannounced with a flagship foreign media house. They picked drugs at random and conducted instant tests of numerous samples.”

According to him, no single sample failed the test except one drug which he said NAFDAC eventually traced to a foreign drugs manufacturing company with a branch in Nigeria.

“The company (name withheld) confirmed it was actually their supply and apologized for the failure, leading to NAFDAC’s clean bill of health given to Lagos Island. NAFDAC’s uncountable unscheduled visits complement self-regulatory mechanisms driven by the market taskforce put in place by my leadership.

“These measures have since ensured that no fake and substandard drugs are sneaked into Lagos Island drugs dealership domain,” the LSMDA chairman stated.

He added: “Our members who are not professional pharmacists have engaged services of pharmacists superintending over their operations. Through this means, many of us have created employment opportunities for otherwise unemployed graduates.”