NAF reacts to killing of civilians in Sokoto 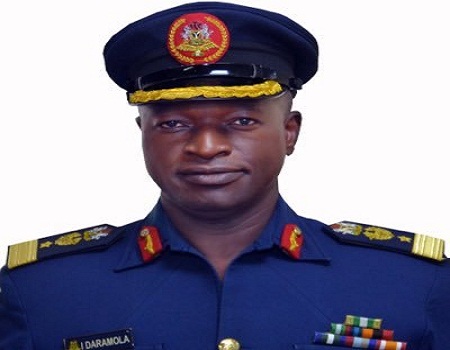 Authorities of Nigerian Air Force (NAF) has reacted to the alleged killing of 2 persons at Mabera Area of Sokoto Metropolis on Sunday, 20 October 2019.

In a statement signed by its Director of Public Relations and Information, Air Commodore Ibikunle Daramola, and released to journalists in the state. it said the incident was as a result of a fracas between the Nigerian Air Force (NAF) personnel and suspected Islamic Movement of Nigeria (IMN) youths within the Community.

He also said, “details regarding the unfortunate incident, which also led to some NAF personnel sustaining serious injuries, are still sketchy.

“Consequently, the NAF is investigating the matter with a view to ascertaining the facts as well as establishing the degree of involvement of its personnel.

“It is pertinent to reiterate that the NAF is a highly disciplined and professional force that does not tolerate or condone acts of indiscipline or violations of human rights of citizens.

“Therefore, every NAF personnel found guilty of a misdemeanour, in the past, had always been dealt with in accordance with extant laws and the general public duly informed.

” We wish to assure the general public that, in line with the NAF’s usual practice, this case will be investigated thoroughly and appropriate action is taken.”

He, however, assured that the general public will be kept informed on the outcome of the investigation in due course.

Transforming public infrastructures will be my top priority ― Senator Diri