NACA, US govt partner Taraba on fight against HIV/AIDS pandemic 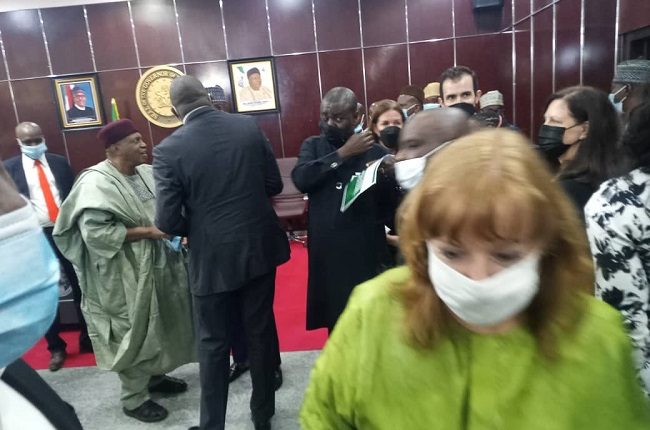 The United States government, in collaboration with the National Agency for the Control of AIDS (NACA), is partnering with the Taraba government to tackle the menace of HIV and AIDS and other epidemics in the state.

Alhaji Gambo Aliyu, the Director-General of NACA, who disclosed this on Tuesday in Jalingo said that while the world continued to battle the COVID-19 pandemic, attention can not be taken off the deadly HIV and AIDS which still has no cure or vaccine.

Aliyu explained that while the HIV and AIDS prevalence has continued to deplete, it was important for sustainable efforts to be put in place to ensure that the stigmatization was also gotten rid of and those in need of care are able to freely come forward to access it.

“Our presence here today marks the beginning of a new partnership in the fight against HIV and AIDS in Taraba specifically and Nigeria as a whole.

“With the structure, you have already put on the ground, we have confidence that we can fight HIV to the finish.

“We are here to work in your communities to identify those who need care and make sure that they have it.

“We can manage HIV so that those who already have the virus don’t get to transmit it to their loved ones and are able to live a life as normal as it could possibly get,” he said.

Mrs Catylyn Gibon, the leader of the delegation and the United States Ambassador to Nigeria in her remarks noted that Taraba offered good grounds for the collaboration to end HIV/AIDS.

“We see Taraba as a good place where we can work collaboratively to contain HIV and AIDS and control other epidemics in the next few years.

“We hope to identify the barriers for people coming in for treatment and we are counting on you to help us break those barriers.

“Taraba is critical in the battle against HIV and AIDS and that is why we will be staying in the state for the next few days to have extensive interaction with various groups and ensure that all stakeholders are carried along in this new phase of the battle.”

Gov Darius Ishaku who welcomed the delegation to the state said he was pleasantly surprised by the visit and the knowledge that the US aid was going to be reactivated after several years of withdrawal.

He noted that through deliberate and concerted efforts in less than a decade, the prevalence rate in the state has dropped from 10.5 in 2012 to 2.9 as of 2018 while the level of stigmatization has also gone down drastically through high sensitization.

“I assure you that we will cooperate with you fully to make sure that in the next few years, we won’t be talking about HIV and AIDS again.

“I will personally get involved with this programme and I can assure you that my medical team will be there fully.

The governor regretted that the state has continued to suffer from insecurity that has hindered the full optimization of the enormous potentials and resources that were begging to be tapped.

On Monday, October 25, 1993, in the heat of June 12 annulment agitations, four Nigerian youngsters, Richard Ajibola Ogunderu, Kabir Adenuga, Benneth Oluwadaisi and Kenny Razak-Lawal, did the unthinkable! They hijacked an Abuja-bound aircraft, the Nigerian Airways airbus A310, and diverted it to Niger Republic. How did they so it? Excerpts…US govt partner Taraba  US govt partner Taraba