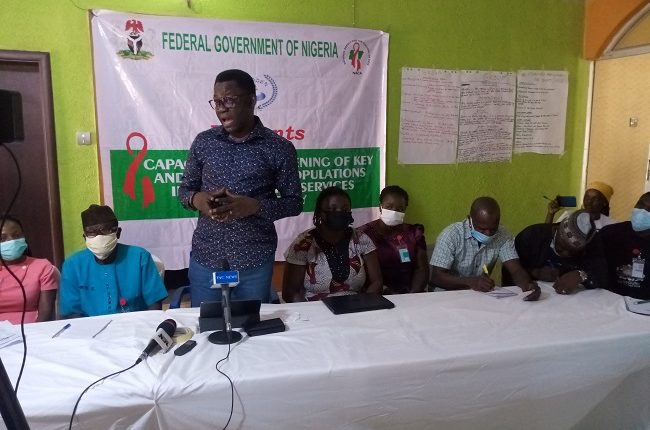 National Agency for Control of AIDS (NACA) has appealed to the Kwara State government to include People Living With HIV/AIDS (PLWHA) living in the state in its health insurance scheme.

Speaking at the opening ceremony of a four-day capacity strengthening workshop for PLWHA in Kwara State in Ilorin, on Tuesday, the director-general of NACA, Gambo Aliyu, said that the state’s health insurance scheme is capable of ensuring PLWHA get access to deserving and quality services.

The NACA director-general, represented by the director, community prevention care and support services, Alex Ogundipe, said that capturing of PLWHA in the health insurance scheme would take up the challenges of caring for HIV patients properly.

He said the target of the agency is to stop the spread of HIV by 2030, adding that efforts are on effective management of the problems.

“We have reports across the country in instances where they are stigmatized. In hospitals, they’re just put in a corner away from other persons and where they’ll not be treated well. They need to be treated with dignity. They’re human beings like you and I. They should be given their entitled rights because it’s important for them to access and stay on those services, use the drugs to make their viral load go down. When their viral load goes down, they won’t be able to transmit it to other persons and thus rid the society of the problem and the spread. The target is that by 2030 there’ll be no more spread of HIV in Nigeria,” he said.

ALSO READ: 47.8 million NINs have been collected so far ― NCC

The NACA director-general, who commended the Kwara State government for blazing the trail on health insurance scheme for its people, also appreciated the state ministry of health and the state agency for the control of HIV/AIDS (SACA) and related NGOs for effective management of the PLWHA in the state.

He said that the agency has trained over 1,000 PLWHA on capacity strengthening in the country, adding that 25 people were selected in Kwara State.

“Best practices from across the world have revealed that for Nigeria to control her epidemic(s), the response must speedily identify every person living with the virus, link them up to care and retain them on care till the virus is suppressed, that way further transmission will be interrupted, and the epidemic controlled.

“One of the major challenges to rolling out these best practices is the inability to retain people in care on a continuous basis. Retention in care remains the shortest route to attain viral suppression and controlling the epidemic. The problems associated with care retention is also associated with: limited treatment literacy amongst care clients, stigma and discrimination, human rights abuse, poor healthcare workers attitude to pragmatic inefficiency easier for management and oversight consistent messaging to national and state stakeholders.”