Why NAAPE should fight the abuse of expatriate quota

by Tribune Online
in Crucial Moments
Reading Time: 3 mins read
A A 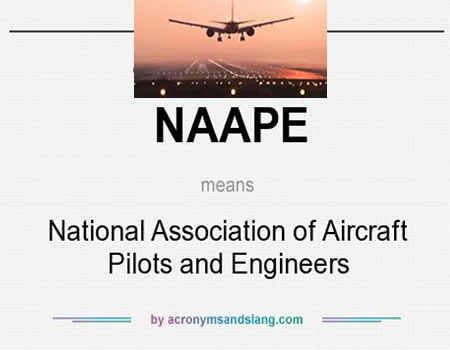 The high level of unemployment of pilots, engineers and other core  professionals in the country’s aviation sector is alarming and no longer news.

At the last count, there are over 600 unemployed pilots and engineers presently roaming around despite the fortunes that it caused them and their families to get them trained on the critical jobs.

Reacting to this, the National Association of Aircraft Pilots and Engineers (NAPE), the umbrella body for all pilots and engineers in the aviation sector, described the case as pathetic and waste of skilled manpower made worsened by the expensive nature of training in these professions.

Again this brings to the fore the sad controversy surrounding the abuse of Nigeria’s expatriate quota policy by the domestic and foreign airlines in collusion with officials of the Nigerian Immigration Service (NIS).

It is no longer news to hear how the airlines flagrantly violate the policy, as witnessed in the way they bring in foreign pilots and engineers to occupy the positions that indigenous qualified professionals should have occupied.

The worst part is that even some of the domestic airlines are guilty of this abuse as they neglect their fellow Nigerian professionals to give preference to their foreign counterparts due to the craze for foreign touch.

In its latest position on the issue, the new leadership of NAAPE, Engineer Abednego Galadima in his maiden media briefing lamented how some airlines in Nigeria like Bristow Helicopters have refused to promote Nigerians into vacant positions despite that Nigerians with requisite qualifications and experience abound in the company.

NAAPE while acknowledging the efforts of the ministry of interior to curtail the abuse through a committee recently set up which has since submitted its report, called for an urgent review of the exercise.

“We can only urge the hastening steps in this direction so as to grant relief to Nigerian pilots and engineers who have for long been rendered jobless by these acts of indiscretion on the side of many Nigerian airlines.

Accusing Bristow Helicopters of violating the expatriate quota policy, NAAPE further declared “At the same time, the company (Bristow) is seeking expatriate quota to fill these vacant positions. NAAPE will no longer continue to tolerate this kind of situation and will embark on lawful actions to force a remedying of such unwholesome practices in Bristow Helicopters.”

It is on record that apart from Bristow, there are still some airlines in Nigeria violating this policy just because they have been found gullible to deceit of foreign touch even when it has been  found that many of the indigenous pilots and engineers are more qualified than the so called expatriates.

It is therefore cheering to hear from the new NAAPE leadership that it would no longer tolerate the abuse.

The ball is now in the court of NAAPE to use its critical position in the sector to urge the Federal Government to call on the ministry of interior and the Nigerian Immigration Service to urgently implement the recommendations of the committee recently set up on the violation of the policy.

NAAPE definitely have all it takes to force the government to urgently correct this injustice in view of the consequences of any action it chooses to take against the continuous abuse on the air transport sector in the country.

The violations of the policy in Nigeria which is traceable to corruption is the bane of the sector and the ability of this government to review it will put a smile back to the faces of the jobless aviation professionals whose jobs have been traded away by the relevant Nigerian authorities for per unitary gains. There is nothing bad in fighting for your own.