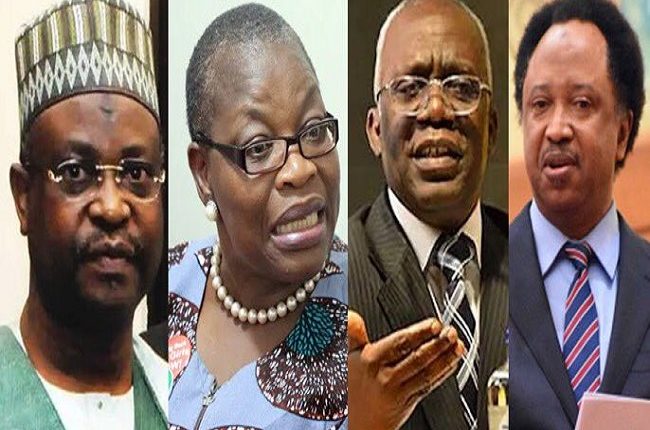 Driving towards its agenda of launching a new political movement by January 2021, conveners and members of the National Consultative Front (NCF) will meet on Monday.

The group had last week announced that it set out to mobilize a mass movement of Nigerians due to bloodletting, deaths and to rescue the nation from “exploitative grip of lacklustre leadership and manipulation of bickering, factionalised ruling political elites.”

According to the national secretariat of the NCF, in a statement signed by Mallam Tanko Yunusa, today’s meeting will be an opportunity to attend to and fully straighten issues around membership of its interim steering council.

It will be recalled that some members of the NCF to include Olisa Agbakoba and Femi Falana had said their names were included as members of the front without due consultations.

The NCF, in the statement, however, explained that the movement was still a consultative forum and was yet to transform into a political party.

The statement maintained that the NCF was only, at present, leading a task of mobilizing Nigerians to join forces together to take Nigeria out of the precipice of a failed state and political anarchy.

The statement read, “The National Secretariat of the emergent National Consultative Front of National Leaders of Conscience, currently mobilising to save Nigeria from imminent political collapse and civil strife, wishes to clarify that the body is essentially still a consultative forum for popular political intervention in Nigeria, which is yet to transform into a political party as being widely speculated in the public.

“We, therefore, wish to reiterate in clear terms that the mandate and task before the NCF at the moment is the mobilisation of all well-meaning Nigerians to join forces together to pull Nigeria out of the precipice of failed state and political anarchy.

“So, consultations in that regard are expected to be finalised by January 2021, when the emerging movement is expected to be finally launched and inaugurated as clearly stated in our last communiqué, which also announced the setting up of a provisional leadership to steer and move forward consultations, while aggregating national consensus towards the formation and launching of a new popular political movement by January 2021.

“We are also not unmindful that our sort of Citizens’ Movement may face its own trials and challenges as we proceed from activities of some elements, who may wish to maintain the status quo for discernible reasons and therefore try to discredit and truncate the momentum already generated by our historical convergence to liberate Nigeria. But we as Leaders of Conscience are deeply convinced and assured by the fact that when Conveners and Allies championing a popular initiative remain resolute and steadfast, such intervention always triumphed over evil plots and machinations to destabilize and truncate,

“Again, as regards some reports in the media about “due consultations” with some of our Allies, the Movement shall be holding a major meeting of Conveners and Members of the Steering Council of the NCF on Monday, 6th July 2020 to try and authenticate and ascertain what the problems are and try to firm up the membership of our Interim Steering Council.

“Therefore, we will want Nigerians to be assured that issues around the membership of the Interim Steering Council of the NCF shall be fully straightened and resolved by Monday during the strategic consultation of Conveners and promoters of this initiative instead of allowing the Movement to distracted by any ploy.

“To this end, we wish to appreciate the great acceptance of this historic movement by Nigerians and wish to commend their unwavering solidarity in terms of the overwhelming support and solidarity received within 48 hours of announcing this political intervention, some of which are office buildings in various parts of the country as well as huge social media instruments to be launched after the next meeting.