Agriculture
By Collins Nnabuife|Abuja On Mar 2, 2021 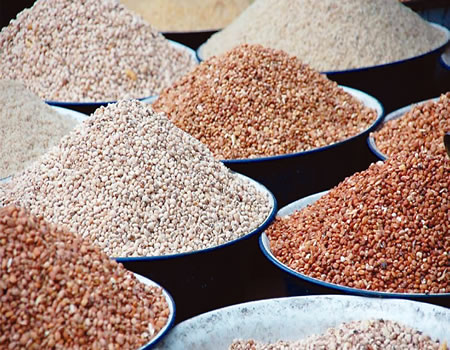 THE Senior Special Assistant to President Muhammdu Buhari on Agriculture, Dr. Andrew Kwasari has said that the Agriculture for food and Jobs Initiative is targeting 140,000 as pilot along 6 commodity value chains.

Dr Kwasari said the initiative is a loan package of N600 billion which was to be disbursed to smallholder farmers as a way to cushion the effects of COVID-19.

Address journalists recently in Abuja, the Buhari’s Aide said the loan was gotten from commercial banks who work with the Central Bank of Nigeria (CBN) at a reduced interest rate for farmers and less cumbersome for farmers to access it.

“It is the response from the federal government to cushion the impact of Covid-19 on smallholder farmers and on agriculture and it is a loan, a total package of about N600 billion over one year”, he said.

He explained that “government’s said to do this, we need to work with the commercial Banks and to get this loan from those Banks working with Central Bank. It is to agree that federal government needs to cushion the effect in two ways for the smallholder farmers, one, create easy access to loan and two, assist in reducing the interest, that means paying the interest on behalf of the farmers”.

“To structure the Agriculture for Food and Job to achieve this, we then needed a second leg, which is the private companies that would be responsible for coordinating the farmers and making sure that the loan get to the coordinated farmers and the harvest also get into the supply chain locally to improve our supply chain of locally produced food”, he said.

Dr Kwasari said to reach to farmers, they embarked on data collection and enumeration of farmers nationwide with the aid of ex-Npower Agro youth.

“So we started in July by enumerating farmers. To enumerate farmers, what we did was that in this office the federal minister of Agriculture worked with the ex-Npower agro youth.

“We’ve had these youth that were receiving stipends and then they’ve been exited and they were trained by federal minister of Agriculture to provide some kind of support to farmers in their localities.

“So we identify 72,000 of them we train them and then we developed an ODK App that works on Android and deployed it on their device because they already have either smartphone or a device.

“All of this were done between May and June and we launched the completion of training and pilot in June basically without contact with them under this Covid-19.

He said from June 4th when they started the enumeration, a database with entry of 5.7 million Farmers clearly linked to their Farms with their facial, the GIS of their farm have been captured.

“We are starting with dry season, we have now carefully used the GIS of the Farms registered in all the states to identify farmers that are around bodies of water that means for you to qualify for dry season support on this zero interest loan from federal government, you must either be within reach of Water Resources by nature of been around a dam, a river, lake, a Fadama area or your farm shows that you have a tube well.

“We have clearly identified today over 140,000 of these farmers and we have clustered them into 4116 clusters down to the ward where they’re living,

“So in each cluster, we also created a private company that would organise delivery of extension services and will be responsible to aggregate a portion of the harvest that is equivalent to the non-capital while federal government pays the interest on the loan”, he explained.

“So, these are the 6 commodities that we are piloting with over 140,000 farmers. This is the first pilot on this database that we have created”, he added.