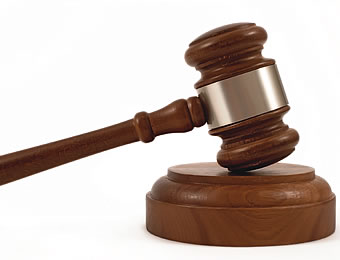 Justice Mohammed Liman, of a Federal High Court in Lagos, has advised the lawyers to parties in N58.9billion loan dispute between Pan Ocean Oil Corporation Nigeria Limited (POON), its affiliate companies and Asset Management Company of Nigeria (AMCON) to work through the process of settlement and take interest of parties into consideration.

Justice Liman gave this advice when the parties appear before him and reported that they have not been able to agree on terms of settling out of court.

The judge who noted that the actions of the receiver may affect the fiscal policy of the country stated that It is not for the court to set criteria for parties, on how to resolve the loan disputes.

Justice Liman, therefore, adjourned to October 13, for the report of settlement.

The judge, however, noted that if parties did not settle during vacation, they were at liberty to approach the vacation judge to argue any issue that they considered urgent or important.

During the proceedings, Lead counsel for the firms, OAR Ogunde (SAN) and his AMCON counterpart, Kunle Ogunba (SAN) told the court of the development at the last hearing.

Mr Ogunde, SAN told the court that he has not gotten any feedback that the matter has been settled and therefore intend to proceed with his motion, adding that the claimant/respondent had not shown any concrete step towards settlement.

He informed the court that the order obtained by AMCON was executed against third parties, who had been sent out of the sealed properties.

“If the claimant can be restricted, then this will encourage us to wait for settlement because they are expensive buildings and can attract thieves if left unoccupied,” he submitted.

Mr Ogunde SAN also stated that the liability of third parties would affect his clients and request for an undertaking that would allow them to regain possession of their respective properties.

In his response, Mr Ogunba, SAN said that the interest of his client should not be jeopardised in the process.

“The decision with respect to the proposal on a settlement cannot be taken in a day. It needs time. If third parties are aggrieved, they know what to do.

“The defendant has a legion of companies, which they operate. We have put a system in place to attend to affected third parties.

“One of them is Saipem Contracting Nig Ltd, who wants to leave and we have instructed them to write to us,” Ogunba, said.

After listening to both counsel, Justice Liman stated that it was improper to drive tenants out and then begin to listen to them.

“It is a bullet approach which is wrong. Once possession is taken, you serve tenants notice and not to drive them out,” he said, adding that there was no justification for AMCON’s action.

He held that the tenants should be allowed to enjoy their tenancies with the option to retain or renew a tenancy, maintaining that third parties should not be prejudicially affected.

Counsel for one of the tenants, Saipem, Mr Olugbenga Onalaja informed the court that he had written to Ogunba (SAN), seeking to be allowed to go into the property to take out its assets since its tenancy had expired.

The court, therefore, struck out the notice of claim filed by Saipem, saying that it had been overtaken by events.

The judge also discharged all the banks that filed an affidavit indicating that the firms had no account with them.

However, Ogunde SAN, informed the court that its ex-parte order was harming the defendants.

“Our application is ripe for hearing. All the accounts of defendants have been frozen, even accounts of POON, Beam and Trensix on which the orders of court executed in this suit did not cover.

He further stated that his client’s operations of crude oil was been hampered. That up till that day, the defendants had no access to one dollar as all monies went into an account controlled by AMCON and the banks.

“If things are not managed well, oil and gas production will cease. We have been paying despite being in court. How can we continue to pay when the account has been frozen?

“These issues are mitigating against the settlement. There was no point freezing the accounts. People who should be paid are not paid as a result”, he declared.

Judge withdraws from suit against Ize-Iyamu