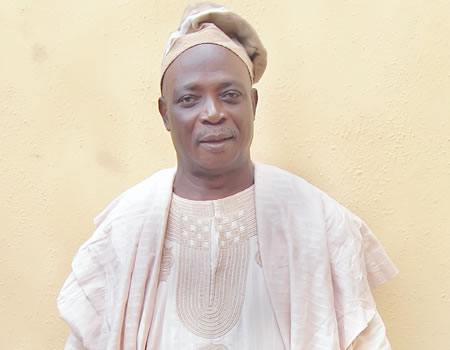 Share
The Economic and Financial Crimes Commission EFCC on Thursday called its fourth witness in the ongoing trial of a former Governor of Oyo State, Rasheed Ladoja, charged with N4.7 billion money laundering.
Ladoja is standing trial before a federal high Court in Lagos alongside a former Oyo State Commissioner for Finance, Waheed Akanbi.
The duo were arraigned on Dec. 14, 2016 before Justice Mohammed Idris on eight counts bordering on of N4.7 billion money laundering.
Both defendants pleaded not guilty to the charges and were granted bails.
At Thursday’s proceedings, the fourth prosecution witness, Mr Obakola Daisi, a Stockbroker, Managing Director of Fountain Securities, was led in evidence by the prosecuting counsel, Mr Oluwafemi Olabisi,  told the court that he was the official Stockbroker for Oyo State Governments’ portfolio of shares sold in 2007.
ALSO READ:http://tribuneonlineng.com/akala-folarin-defection-cant-stop-pdp-winning-2019-elections-ladoja/
He said that bidders for the portfolio included, city Securities, Spring Capital, Deep trust and Gregory Otsu’s Mcleans Securities, adding that Mcleans emerged the preferred bidder.
On whether money was money paid to Fountain Securities in relation to the sale of shares, the witness said that Atanda, as the senior special assistant to the executive governor of Oyo State, requested cheques and drafts to be raised in the name of Fountain Securities.
During cross-examination by first defence counsel, Mr Bolaji Onilenla, the witness told the court that he had never been charged by the EFCC, and has never been in court for any matter.
Defence counsel then tendered in evidence, a charge sheet, with the witness named as a defendant and EFCC as the prosecution.
He also tendered a report by DTI Capital Ltd, on the investigation conducted into the sale of Oyo State Government shares.
Onilenla, further tendered through the witness, his statement to EFCC, where he recounted his involvement in the sale of the shares.
When asked his reasons for remitting the proceeds of the sale of shares to Heritage Apartments, the witness replied: “I was following the instruction from Atanda, who was representing Oyo State Government at the time,” he said.
Justice Idris thereafter adjourned ‪until March, March 19, March 20 and March 21,‬ for the continuation of trial.
The duo are alleged to have conspired to syphon and launder N4.7 billion from the coffers of Oyo State.
The EFCC also accused the duo of converting a sum of N1.9 billion belonging to the state to personal use, using the account of a company, Heritage Apartments Ltd.
The offences contravene the provisions of Sections 14, 16, 17 (a) and 18 (1) of the Money Laundering (Prohibition) Act, 2004.