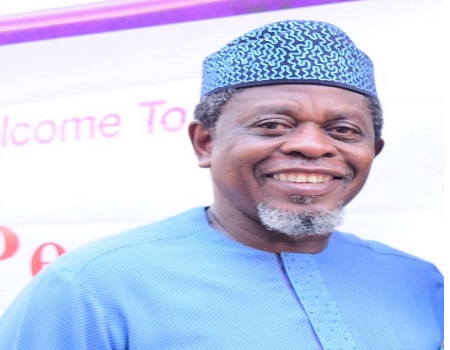 Contrary to speculation that the N4.3bn lodged in a secret account in a third-generation bank by Ondo State government was spent without being appropriated, the state Commissioner of Finance, Mr Wale Akinterinwa, on Sunday, said the money was appropriated in the 2019 budget.

Akinterinwa, who was quizzed on the money at the plenary sitting of the state Assembly last Thursday, described the allegation as mischievous and maintained that the state government took all legal and proper measures to ensure that the recovered fund was lodged in the coffer of the state

According to him, due process was followed before spending the money, saying that the state governor, Mr Rotimi Akeredolu, would not condone any kind of illegality and said the money was appropriately appropriated in the 2019 budget.

Akinterinwa said “The executive is not hiding anything as we have always said. The narrative set out by mischief makers is that there was no appropriation for the money in question. This is untrue.

“The 2019 appropriation passed by the Assembly included among others, this N4.3b under the overall summary of the budget, item on cash reserve/rollover fund is very apt and unambiguous for the public to confirm the truth. The story of non-appropriation is utterly mischievous.”

However, a member of the Assembly, who pleaded anonymity, disclosed that the alarm, as raised by the Chairman, House Committee on Public Account, Mr Edamisan Ademola, was a false alarm to discredit the present administration.

A member of the state House of Assembly, who spoke with Tribune Online, confided with our correspondent that the lawmakers have detected that the money was appropriated in the budget contrary to the belief of the lawmakers.

He explained that the lawmakers have detected the error and said: “I was not part of the 2018 and 2019 Budget because I came into the House in June 2019 and the budget had been passed before then and signed into law.”

He said the sponsors of the motion are new members elected in the 2019 general elections after the budget had been signed into law.

He, however, fingered external influence behind the probe of the money stashed in a bank account, saying the motion to investigate the secret account was sponsored by a top government official in Akeredolu’s cabinet.

He disclosed that some of the lawmakers were on the verge of sending impeachment notice to Akeredolu when they discovered that money was appropriated.

The lawmakers, after realising the error committed have been pestering the Chairman of the All Progressives Congress (APC) in the state, Hon. Ade Adetimehin, to intervene and pacify Akeredolu over their wrong moves.

The lawmaker, however, noted that the governor had not committed any impeachment offence to warrant such move by the legislature.

The state lawmakers have been threatening a showdown with the state government on how the N4.3b lodged in a secret account was spent without being appropriated.

The lawmakers had quizzed Akinterinwa over the money and equally invited the state Accountant General to appear before the House on Thursday.

All attempts to speak with the Speaker of the House, Hon. Bamidele Oleyelogun, on the impeachment process, were not successful as all calls to his phone were not picked, while text message was not replied to as well.