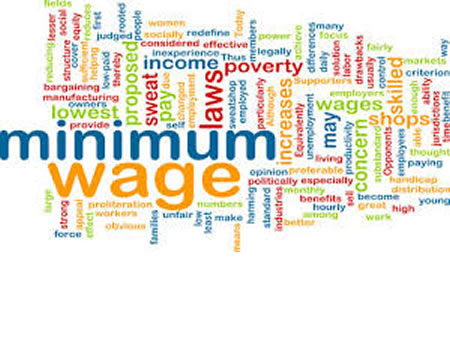 ALHAJI Garba Ali-Maigumau, former Bauchi State Accountant General, said on Wednesday that the N30,000 minimum wage being demanded by workers in the state would not be feasible in the next 10 years.

Ali-Maigumau stated this in an interview with the News Agency of Nigeria (NAN) in Bauchi.

“I am telling you this as an insider; People are clamouring for this N30,000, but it is not feasible; it will not work.

“So that is the basic only with no allowances.

“The allowances are bigger than the salary; so maybe the allowances for somebody on grade level four step one, has a basic salary of N30,000 and his allowances will be about N50,000.

“Where do you get N10 billion from? In Bauchi here, the highest amount of money we get from the federation account is N4 billion for the state, plus N3 billion for the local government. Add that and you will get N7 billion.

“So if we will pay N10 billion for the entire workforce of the state and local government, where do you get the difference of N3 billion from?

“Does it mean we will only sit down and borrow money from the bank and pay salaries every month ?”

According to him, no state in the country has pledged to pay its workers the N30,000 minimum wage being demanded.

Ali-Maigumau, therefore, advised workers to be patient with the government because it could not afford to pay such wage at the moment due to the scarcity of resources.

He said that gesture may be extended to workers to a marginal point in future.

“Both officials and members of the organised labour are aware of what is happening.

“They know, they are only pretending because most labour union leaders are civil servants.

“So they cannot claim that they don’t know the financial standings of all the three tiers of government,” he said.