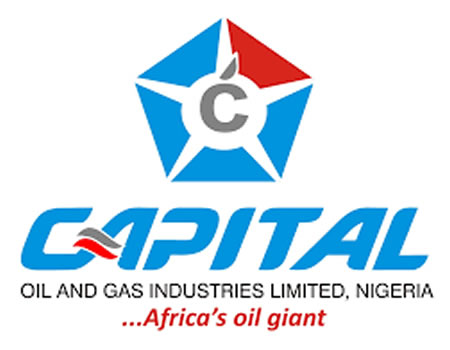 THE management of Capital Oil and Gas Limited has denied it diverted 100 million litres of premium motor spirit (PMS), otherwise called petrol, belonging to the Nigerian National Petroleum Corporation (NNPC) and the company accused the Corporation of sabotage.

However, the management of Capital Oil and Gas Limited said it has a subsisting contract with the NNPC on throughout basis.

It said currently, NNPC is owing for services rendered to the corporation at very critical periods to salvage nationwide fuel scarcity since 2015 (more than two years now) amounting to millions of dollars and billions of naira.

“Additionally, the corporation had failed to deliver products to us which were duly paid for.  It is instructive to note, that Capital Oil and Gas had trucked out over seven billion litres of petroleum products for the NNPC over the last few years making us their biggest partner in the downstream secretor of Nigeria’s Oil and gas industry.

“We have written the NNPC severally, requesting for our outstanding payments and deliver of products duly paid for by us. Rather than honour our request, we are shocked that the Corporation had resorted to this needless campaign of calumny while refusing to make payments and deliver our products to us till date.

“We respect the fact that NNPC is our biggest partner in the downstream sector and we have always stood by the Corporation especially in times of national emergencies (product scarcity). We have proudly rendered intervention services at all critical times in the life of our nation. It is on record that few months ago, when the same NNPC had serious break in its supply chain and in a bid to avert an imminent national scarcity, Capital Oil & Gas Industries Limited lent the Corporation millions of product to close the gap,” it stated.

The company said it hopes the Corporation will respect its contract with them by paying all outstanding bills as well as deliver cargoes which have been duly paid for by Capital Oil in order to end the situation which is viewed as a deliberate attempt to stifle and strangulate our business bearing in mind that despite their unfair and unfavourable treatment, “we still manage to retain thousands of employees in this critical period of the nation’s economy were even banks and multinationals are retrenching.

“This act of strangulation has been reported by our company to the Nigerian Senate in a petition against the NNPC that read on the floor of the Senate on Wednesday, 8th of March 2017.  A similar petition was also submitted to the Economic and Financial Crimes Commission (EFCC) as well as the Department of State Services (DSS).

“As a responsible Corporate citizen, we look forward to the NNPC not only honoring the payment terms of our  contract but to also deliver the parcel of cargo duly paid for by us and thereafter  reconcile our accounts. We respectfully urge the NNPC to live up to its corporate responsibly, core values and respect the rights of her partners,” it concluded.

Gbajabiamila summons CBN, NNPC, others over absence from House probe