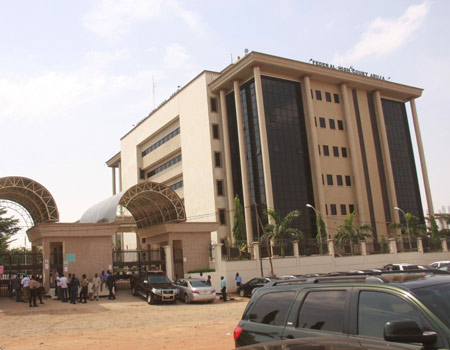 Justice John Tsoho of the Federal High Court in Abuja on Tuesday said the trial of the Commandant of the Peace Corps of Nigeria (PCN), Dickson Akoh and the Incorporated Trustees of the Corps on a 90-count criminal charge filed against them by the Federal Government.

They were arraigned in March, 2017 for allegedly converting money directly derived from extortion to the tune of about N1.4 billion.

The matter which was slated for commencement of trial yesterday could not go on owing to the absence of the national commandant of the PCN, who is the first defendant in the charge.

Akoh was said to have written a letter of excuse to the court that he would not be able to attend the trial because of his masters degree examination at the University of Abuja, slated for yesterday.

Counsel to the Federal Government Aminu Alilu confirmed receiving the letter begging for excuse by the first defendant (Akoh), saying however, that the reason was not strong enough because it was not based on ill health.

The counsel urged the court to revoke the bail granted the defendant and issue a bench warrant.

But counsel to the defendant, Chief Kanu Agabi (SAN), pleaded with the court to consider the action of the defendant as an opportunity that comes once in life time and which must not be toyed with.

Agabi argued that even those serving prison terms are always allowed to go for examination so as to improve on themselves.

He assured the court that the defendant will make himself available on the adjourned date and will never take the court for granted because he is a responsible Nigerian.

In his ruling, Justice John Tsoho agreed with Agabi that the absence of the defendant can be pardoned because of his letter and the apology offered for his absence.

The Judge said, for the defendant to have attached the examination timetable of the University of Abuja along with other documents is an indication to show genuineness of his reason for the absence.

Justice Tsoho therefore refused to grant the request of the prosecution for revocation of the bail earlier granted the defendant but instead asked him to be diligent in the course of the trial and then adjourned the matter till July 7, 2017 for commencement of trial.

Recalled that the Peace Corps of Nigeria boss pleaded not guilty to the charges preferred against him and the Incorporated Trustees of the Corps by the Federal Government and the court granted them a N10 million bail and one surety in the sum of N20 million.

The surety, who must be a resident of Abuja and an owner of valuable property, must also submit the title document of the property to the Deputy Chief Registrar of the court and that the International passport of the first defendant must be deposited with the court.

In the charge marked FHC/ABJ/CR/45/2017, the defendants were charged for wearing of uniforms and other identification marks contrary to section 24 (1) of the Private Guard Companies Act Cap P30, Laws of the Federation of Nigeria, 2004, and punishable under section 32 (1) of the Act.

The charge filed by Aminu Alilu, an Assistant Chief State Counsel on behalf of the AGF and Minister of Justice also accused the defendants of laundering of funds obtained through unlawful activity.

They were also, among other offences accused of organising and training of members of Peace Corps of Nigeria as a quasi- Military organization contrary to section 6(1)(a) of the Public Order Act, Cap P42, Laws of the Federation of Nigeria, 2004 and punishable under the same section of the Act.