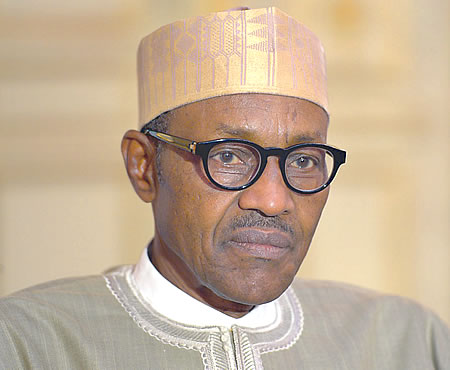 One year after the Revenue Mobilisation, Allocation and Fiscal Commission (RMAFC) inaugurated a committee to review the remuneration packages of public office holders, both President Muhammadu Buhari and the members of the National Assembly appear to have lost interest in the matter.

Buhari prompted the review just days after he was sworn into office by announcing a 50 per cent slash in his own salary and that of Vice President Yemi Oshinbajo.

It would be the second time in eight years that RMAFC would be setting up a committee to recommend a downward review of allowances of public office holders as late President Umaru Musa Yar’Adua also directed the commission to do same in 2008, following global fall in crude oil prices without success.

A public uproar over salaries and allowances of the lawmakers came shortly after Buhari made the decision of himself and Oshinbajo public.

According to documents obtained from RMAFC, political office holders in the executive and legislature arms, including judicial officers totalling 1,268 with the Federal Government earn a combined N173,656,335,193.60.

There are 4,418 individuals functioning in the same category in the 36 states, earning a combined N360.091 billion, while in the 774 local governments, there are 11,788 officers falling into the category earning N592.8 billion.

In the irregular category of allowances, the Senator earns N6, 079, 200.00 for furniture and another N6, 079, 200.00 as severance once in four years. Total irregular allowances are difficult to compute because estacode and duty tour allowances depend on how many local and international travels were conducted. The Senator also collects N8,105,600.00 as vehicle loan.

RMAFC said in the document, that in terms of percentage of pay to revenue, this translates to 10.88 per cent for Federal Government; 44.49 per cent for state governments and for local government councils, it is a whopping 95.01 per cent.

Ministers, Secretary to the Government of Federation (SGF) and chairmen of the federal commissions are earning annual basic salary of N2,026,400 with annual basic allowance of N179,516,640 just as a Special Adviser to the President earn N1,942,875.00 as annual basic salaries and at least N174,333,300 annually as allowance.

Many state governments are currently unable to pay salaries of their staff for many months, with civil servants in some of those states being on strike.

Minister of Finance, Kemi Adeosun, has also revealed that the Federal Government borrows billions every month to be able to meet its salary obligations.

In September last year, RMAFC Public Relations Officer, Mr Ibrahim Mohammed, said the report on the review of salaries and allowances for political, public and judicial office holders was almost completed and would be submitted soon after.

Efforts to speak with the acting chairman of RMAFC, Alhaji Shettima Umar Abba Gana, proved abortive, as he was said not to be in the office when Nigerian Tribune visited the commission on Friday.

Can we get Buhari to resign? Today!