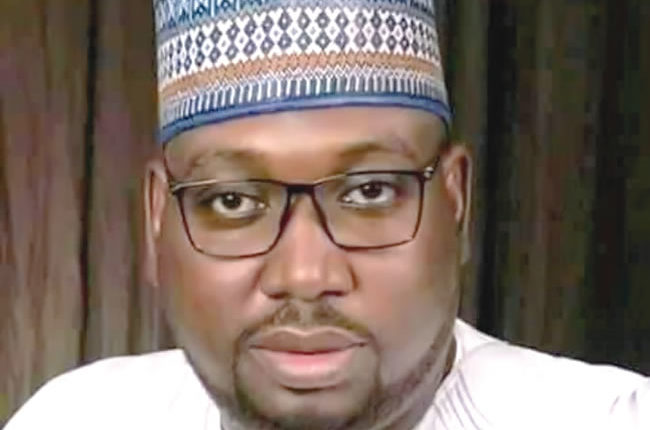 Honourable Aminu Sani Jaji is a chieftain of the All Progressives Congress (APC) in Zamfara State. The immediate past chairman of the House of Representatives Committee on Internal Security recently spoke to select newsmen on the scourge of banditry and insurgency, as well as his appraisal of the recourse of some governors to the appeasement of the bandits. TAIWO AMODU brings excerpts.

One initiative some Northern governors, particularly in the North West, have tried to use to address the spate of insecurity is the appeasement of bandits through dialogue and cash awards. Do you think this has worked in your state, Zamafara, and others?

The issue of insecurity is taking another dimension. If you are managing one thing, something else will come up. The incumbent governor’s effort is by way of dialogue. He is trying to talk to the bandits. I think for now, even the governor has realised that it is not the best approach because he has been talking to them and all the machineries of government that he has deployed to see that these bandits surrender their weapons and stop these heinous activities that they are doing, for almost two years, you can see that the result is not commensurate with what the government has invested in the idea. So, I think the governor and security agencies need to think again.

Do you think the present security problem is politically motivated as being insinuated by some people?

We all need to talk to one another. We have only one country, that is, Nigeria. What is happening in the South East, South South, South West, North, there may actually be people somewhere hiding and orchestrating all these atrocities because they are politically connected. If we don’t forget our political differences, come together and focus on Nigeria, the problem will continue to escalate and it may consume all of us.

So, whether you are APC or PDP, we need to look at this issue carefully. What is happening in Lagos, that there are issues coming up between Hausa and Yoruba, if the state government does not manage it very well, it will start happening in the North. We need to think holistically because the way this insecurity is going, it is not as if they are trying to sabotage President Muhammadu Buhari. It is not about President Buhari, it is about Nigeria. If you think that you are sabotaging the efforts of President Buhari, then you are killing yourself because after Buhari, Nigeria will continue.

Don’t you think this insecurity also has to do with the alleged lopsidedness in President Buhari’s appointments?

So, I think the people making this accusation are those who want to de-market this administration; it is not about injustice. Injustice comes when a leader decides to give out an appointment without considering merit. But look at the way they made the appointments, they considered merit. There were no sentiments attached.

But what is the way out of the present security challenges?

They don’t have to rely on the budget the executive submitted to them regarding the security agencies. They should invite the security agencies and discuss their needs. The security agencies should given enough funds and then the National Assembly can continue with their oversight function to monitor how the funds are utilised. When I was chairman [of the House of Representatives Committee on Internal Security], there was a time money was budgeted for some security agencies but they were only able to access only 60 per cent of that money.

Even if they got 100 per cent, it would still not take them anywhere but then they were getting 60 per cent. So, I think the National Assembly needs to look at this issue holistically. I believe there are strategies which, if adopted by the executive and the National Assembly, can resolve the issue of insecurity and Nigerians will start to see the result in three to six months. Let the executive and the legislature come together and provide a special fund. The executive can set up a committee on procurement, a committee that will provide whatever it is asked to provide without compromise.

The National Assembly and the executive should work together to provide a special fund for the procurement of equipment, which would be available in three or four months and then the agencies will see how they will fight these bandits and insurgents to the  finish. But for now, what we can do is to pray.

Would you say the security agencies are overwhelmed?

Talk to us about the rumoured planned defection of the Zamfara State governor, Bello Muhammad Matawalle, to the APC?

There are lots of insinuations that he is coming to the APC. If he wants to come to the APC, he is welcome. Anybody that says they want to join your house, they know that your house is better than their own. So, if he wants to come, he is welcome. But that rumour has been debunked on social media. They said it is some people that are trying to push him out of the PDP. I have no objection, let him come. The APC is our party and we have a collective duty to ensure that our party is growing. So, if he agrees with the party’s policy and manifesto, then let him join the party. Our party cares for the masses, provides infrastructure for the masses. If he thinks he can do that, he is most welcome.

There are also insinuations that the APC needs Matawalle to win Zamfara for the party in the next general election. How would react to that?

It is not about an incumbent governor joining the party and having an automatic ticket. It is not going to happen. Our party has a leader in the state. He is former Governor Abdulaziz Yari. As I talk to you, there are several people aspiring to be governor of Zamfara State within our party. I think there are about five of them. But at the end of the day, only one of them will emerge victorious. Even if the governor comes, he will be number six or seven. So, it is not an issue. For me, the governor coming to the party is a welcome idea but it is not an issue. I am also aspiring to be governor of Zamfara State. So, if the governor is coming to the party, does it mean that I will stop my aspiration? No.

Ahead of the party’s national convention, there is disaffection over the issue of zoning. Should zoning count in the election of national officers and which zone gets presidential ticket?

Already, there is a committee in place that will look at the issue of convention – when and how to do it. So, we are waiting for them to come up with the modalities and what the convention will look like. I don’t want to pre-empt them. When they come up with a programme, we will key into that. You know a lot of people are agitating that they need the national chairman to come to their zone. This is subject to what the committee will do.

The issue of zoning is an internal arrangement. If they zone the national chairmanship to the North Central and somebody says I’m going to run, nobody will stop him. But what I am saying is that the party is only doing that to bring harmony among members and I believe that at the end of the day, whatever they come up with, all party members will abide by it.

On the issue of how to zone the presidency, I am not in support of that idea completely. Anybody who feels strongly about contesting for the president of Nigeria, it is not only his party members that will vote for him. So, let that person win the hearts of the masses and contest.

The issue of zoning, I think we have to deemphasise it. If anybody who wants to be president, let them go round the 36 states of the federation, including the Federal Capital Territory so that the people who agree with them will vote for them.

June 12: I was attacked for holding a Nigerian flag in London —Faustina Anyanwu,…

Nigeria will soon emerge stronger from its challenges ―Adebanjo Safiriyu