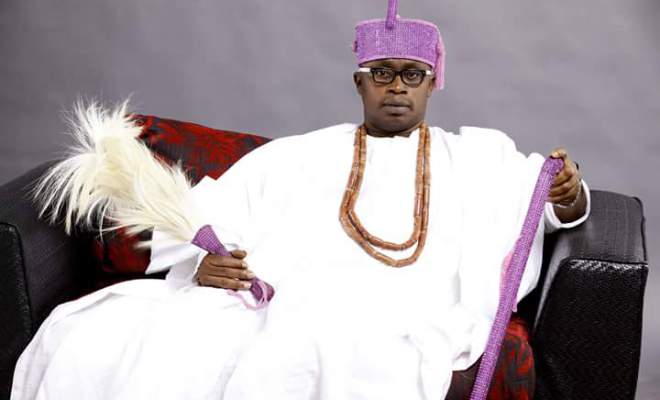 The SFU claimed that while investigating Semasa James, a son to the late king, accused of defrauding his 26 siblings of their N500 million inheritance, they uncovered suspicious signatures purportedly signed by the dead king in documents of CAJ Industrial Enterprises, the deceased’s company.

The News Agency of Nigeria (NAN) reports that on Friday during trial of Semasa and Afolabi Kazeem, his personal assistant over the alleged fraud, Mr Oluwafemi Olabisi, the Prosecutor for the SFU in order to prove that the king’s signature on the company’s document was forged, had subpoenaed the CAC as a witness.

Representing the CAC was Mr Christopher Etim, a compliance officer, who testified as to the 13the prosecution witness.

While being led in evidence by Olabisi, Etim said that he had brought before the court, copies of some CAC documents namely; Form CAC 2.1 – particulars of the company secretary- Form CAC 3 -change of registered address and Form CAC 7, particulars of directors.

The CAC compliance officer informed the court that the late king’s signature and the defendant’s signature were appended in CAC forms in the years 2011 and 2012.

Etim said: “In the form CAC 7, James Afolabi Ogungbe, the late king is named as the first director; the second director is named James Kola Semasa, the first defendant.

“On the column for remarks: it states appointed, and there are no directors aside the first and second directors.

“The signature on the second page belongs to James Afolabi Ogungbe and the signature was signed on Nov. 28, 2011.

“The resolution is signed by the first director James Afolabi Ogungbe. I arrived at that conclusion from Form CAC 7.

“Form CAC 2.1, is particulars of persons who is the company secretary of the company or any person therein, it was signed by Mr James Kola Semasa and Mr James Afolabi Ogungbe on March 21, 2012.

“Form CAC 3, is the notice of situation or change of registered address.

While being cross-examined by the defence counsel, Mr Martin Oyigbo, Etim reiterated that although he was not a signature or handwriting expert, as a legal practitioner and compliance officer, he was conversant with the documents he presented before the court.

The witness also emphasised that the signatures in all the CAC forms he presented before the court were consistent and the same.

“When documents are presented for verification, all these stamps are not on it. If you look closely at these signatures you will safely conclude that they are the same.

“The original resolution was signed by the same person. The signature on the left-hand side is Mr James Kola Semasa while that on the right is Mr James Afolabi Ogungbe.

“These documents come before us at CAC every other day. I can safely say that these signatures contained in Form CAC 7 are the same in the other documents,” Etim said.

Following Etim’s testimony, Olabisi informed the court that the SFU would be closing their case against the defendants.

Justice Oluwatoyin Taiwo adjourned the case until Oct. 16 and Oct.17 for defence.

NAN reports that Semasa is facing a five-count charge of stealing, forging of company resolution, fraudulent disposing of trust property and forgery.

Kazeem and the Badagry prince are jointly charged with two counts of conspiracy to defraud and cheating.

The SFU alleged that the prince abused his position of trust as an administrator of his late father’s estate by fraudulently converting N500 million property from 2000 to 2017 in Lagos.

“According to the second count of the charge, the defendant had in 2011, forged the resolution of a company called CAJ Industrial Enterprises, dated Nov. 28, 2011.

“He had purported that the resolution was signed by his father, who was one of the directors of the company. Meanwhile, his father had died nine years earlier on Jan. 30, 2002.

“The defendant had forged the resolution with the intent that it will be acted upon as genuine to the prejudice of any person,” he said.

The prosecutor noted that Semasa had fraudulently sold a property, belonging to the late king’s estate, located at Plot 1440, Ilesanmi St., Itire Road, Surulere, to a private individual.

The SFU prosecutor also threw some light on Kazeem’s alleged role as an accomplice in defrauding the late king’s estate.

“Sometime in 2017 in Lagos, Semasa and Kazeem fraudulently tricked and cheated the beneficiaries of the late king of N150 million which was part of the proceeds of the sale of a property, located at Dideolu Estate, Victoria Island, Lagos,” Olabisi said.