My wife now loathes me after I taught her to cook, paid her school fees —Husband

He and his family members hate to see me —Woman 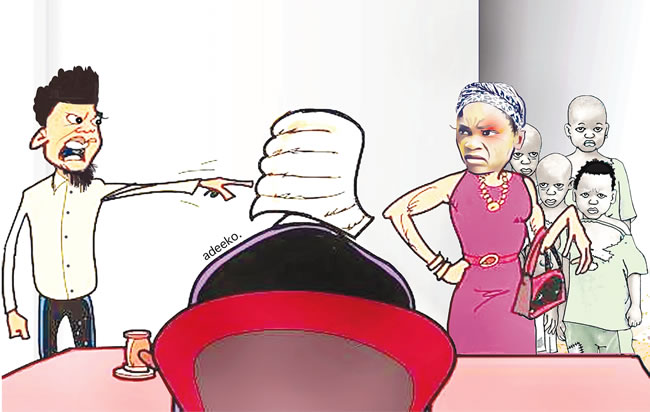 An interior decorator, Ibrahim Kuku, recently told a Customary Court sitting in Ile-Tuntun, Ibadan, Oyo State, that his wife, Fatima, was ill-bred, when he married her.

According to the News Agency of Nigeria (NAN), Kuku, who resides in Odo-ona Kekere, Ibadan, Oyo State, made this known while responding to the allegation of hatred filed against him by Fatima.

“She is a spoilt child who has no regards for anybody including her parents and other relatives.

“She was disrespectful. I made her to be humble and taught her how to respect her father,” he said.

He also said he taught Fatima how to cook and take care of the home.

Kuku told the court that he paid Fatima’s school fees.

“Our problems started when I started having financial problem. Now, I am no longer attractive to her as a husband.

“Fatima is biting the finger that fed her,” Ibrahim said.

Earlier, Fatima, told the court that Ibrahim and his entire family members dislike her, judging by their attitude towards her.

“Ibrahim and his relatives hate me,” she alleged.