My wife insisted we had sex only once in 3 months, please separate us —Man

•He impregnated another woman, now has a lover older than me —Wife 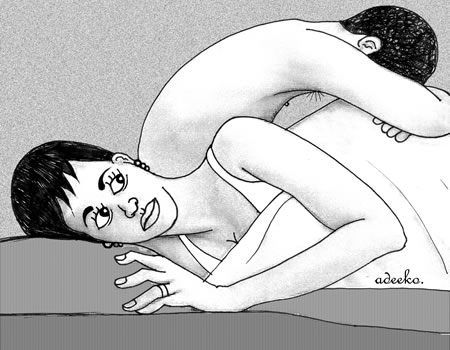 A Farmer of Lusaka’s Kasisi area has been ordered to compensate his wife with K10, 000 by the Chelstone Local Court after divorcing her.

Evans Funso, 42, sued Margaret Sakala, 33, of the same area for divorce on allegations that she denied him conjugal rights.

He told the court that his wife denied him sex and always gave him conditions whenever they wanted to make love.

“The main reason of our misunderstanding in the house is sex.  My wife gave me a condition that we should be having sex every three months,

“At one point we tried to go to our marriage councilor who advised my wife to live as a married woman but still problems continued until our fifth child. I am tired of begging every time I want sex with her and I want court to separate us,” he said.

He said his wife has moved out of the house to her parent’s place.

In defence, Sakala said problems started when her husband started sleeping out and impregnated another woman.

“My husband impregnated another woman and later left her for an older woman, that really pained me and I lost interest in everything,

“He even blocked my number on his phone as a result, whenever I want to call him my calls do not reach him. Yes, I am at my parents place to cool off from all the wrangles I am going through,” she said.

Magistrate Mutale: Is it true that you are out of the house?

Sakala: Yes, because of the misunderstanding we have.

Magistrate Mutale: In your view, what do you think made him to go out to another woman?

Magistrate Mutale: But why is he complaining that there is no sex in the marriage?

Sakala: He is just lying, we do meet. Upon hearing from both parties, court found out that there was no marriage because of lack of sex.

Court granted them divorce and ruled that Funso should compensate Sakala with K10, 000.

He also said Funso should maintain the children at K700 monthly.

Too much screen time can affect children’s brain

She dated another man, aborted his pregnancy after I lost my bank job —Husband

‘My father sold his land so I could join my husband in Malaysia, but while there, he…