My wife disturbs me with her morning prayers, separate us —Man

•He has found another woman he wants to marry —Woman 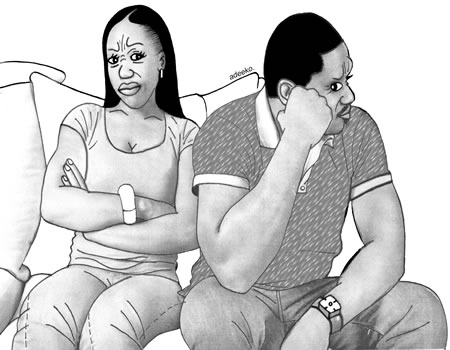 A husband of Kitwe caused murmurs in the Buchi Local Court in Zambia when he said he has decided to divorce his wife because she has refused to stop congregating at a Pentecostal church. In defence of his suit for divorce, Anderson Mwenya alleged that his wife wakes up at 4:00 am to pray, which he said disturbs him.

Anderson was testifying in a case in which he sued his wife, Priscah Chali, for divorce on grounds that she does not respect his decisions.

According to Zambia Observer, the two got married in 1993 and have four children.

Anderson told the court that all was well between them but that problems in their marriage started in 2018 after his wife joined a Pentecostal church.

He said initially, he used to congregate with his wife at Christian Brethren Church but when he went to work out of town for several months, he found that his wife had joined a Pentecostal church upon his return.

Anderson said he felt bad about his wife’s decision because she never consulted him.

He told the court that he had on several occasion asked his wife to leave the church but that she refused.

He stated that she told him she would rather have their marriage dissolved than stop going to the church.

“I am the head of the house and if my wife cannot respect my decision, then I would rather have her divorced,” Anderson said.

Priscah refuted her husband’s grounds of divorce and told the court that her husband wanted to divorce her because he had found another woman he wanted to marry.

She told the court that she used to congregate at a Catholic church before she was married but that when she got married, she decided to join her husband at CMML church.

Priscah said after sometime, the church took her husband to court after they discovered that he had stolen some planks and that from that time, her husband vowed that he would never go back to the church.

She explained that this made her join a Pentecostal church but that her husband told  her that it is a devil’s church.

Priscah, however, told the court that her husband has found another woman and that he bluntly told  her that he wanted to marry her.

She asked the court not to grant them divorce because she still loves her husband and that she would like them to take care of their children together.

With over 1,000 COVID-19 cases, residents defy use of face masks, social distancing directives inside Ogun markets

She dated another man, aborted his pregnancy after I lost my bank job —Husband

‘My father sold his land so I could join my husband in Malaysia, but while there, he…