My wife bragged, told me to meet her in court after I caught her in bed with her lover, man tells court 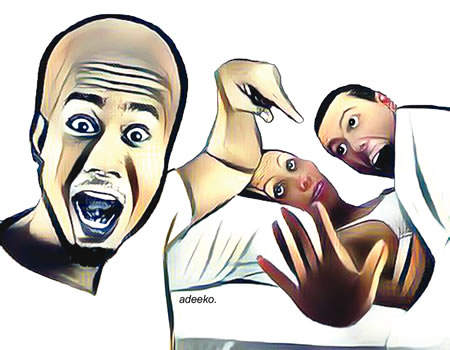 Diran in his divorce suit alleged that his wife was unfaithful to him. According to him, he caught her making love with another man in their bedroom.

The plaintiff explained that the relationship between him and his wife became strained after this incident adding that there was no more love between them.

Diran further prayed that the custody of their child be awarded him so that he could take proper care of him.

The defendant refused to come to court despite being served court summonses.

“I stand the risk of being infected with STDs or afflicted with worse ailments if I don’t end our union today. I’m still young and do not want my wife to cut my life short as a result of her immoral lifestyle, “Diran stated in court.

“I was always suspicious of my wife. She kept late nights and received calls from other men at odd hours.

“Seyi has no regard for me. She would pick her lover’s call right in my presence and stay on it for as long as it pleased her.

“My ears were already full of my wife’s escapades with her lovers before I eventually caught her.

“I was told she was in the habit of bringing them home whenever I was out of town.

“My lord, the day I caught her, she thought I had travelled out of town. I left home very early in the morning but returned earlier than she thought.

“I came back home at the time my neighbours informed me her lovers normally visited her.

“I tip-toed into our apartment and then into our bedroom and there Seyi was in bed having sex with one of her lovers.

“My lord, rather than being repentant, my wife took to bragging. She went as far as telling me to sue her to court if I wasn’t pleased with what I saw.

“I decided against this then for the sake of our child who was still an infant and who I knew would be affected most by a rash decision.

“I stopped having sex with Seyi after this incident.

“I told my parents I caught my wife in bed with another man but begged them to keep it a secret.

“I decided against informing Seyi’s mother because there was no rapport between the two.

“My lord, my wife started patronising prayer and spiritual houses in order to destroy me.

“My life is obviously no longer safe with my wife. I plead that you stop our relationship and grant me custody of our child,” the plaintiff begged.

She jilted me, married another man after I sponsored her education —Man