My wedding will be like a movie, says Davido 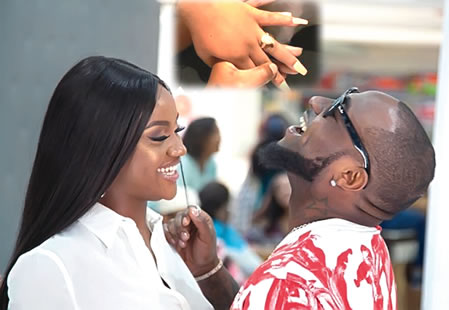 Assurance crooner, Davido, who proposed to his girlfriend, Chioma, recently is about to take his love with the lady to another level as he promised a movie-like wedding in 2020.

About two weeks ago, Chioma was said to have introduced her man to her family as they commenced their marital journey. However, while many people were still arguing what the couple were up to, Davido, on Thursday, at a private party that had some members of his crew and family members popped the question to Chioma.

With a ‘yes’ from Chioma, Davido has now informed those who are close to him to prepare for a movie-like marriage in 2020.

Trust Davido to go big with jewellery as he shared the photo of the huge diamond designed by Dorgu on Chioma’s finger, with caption: “SHE SAID YES!!!! BIG ROCK #ASSURANCE2020”.

Chioma also shared the photo on her Instagram page with the caption, “I love you @davidoofficial (You didn’t even let me wax yet).”

An inside source, who did not want his name mentioned, told R on Friday that Davido and Chioma would spare nothing to throw up the biggest celebrity marriage in the country.

The journey will begin with a traditional marriage in Chioma’s home town before the end of this year and would be followed by a trip to Dubai, United Arab Emirates, for a pre-wedding party that would involve some family members and friends.

Davido, who is about to release his studio album, also informed his crew that top international artistes would fly into Nigeria to grace their big day.