• It's mere tantrums by APC moles, he says 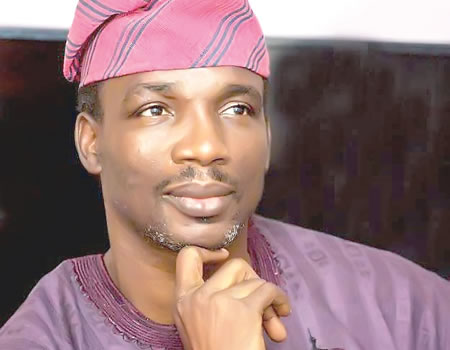 Former Chairman, Lagos State chapter of Peoples Democratic Party (PDP), Otunba Segun Adewale, also known as, Aeroland, has kicked against his suspension by the party, describing the move as ill-motivated by funny characters within the party, who he said were hell-bent on trading off PDP fortunes to their paymasters in the ruling All Progressives Congress (APC) for filthy lucre.

The party chieftain, while describing the allegations levelled against him as frivolous and coming just barely a month to the council elections in the state, however, threatened that his lawyers would at an appropriate time sue the party to court for defamation of his name.

The leading opposition party announced, on Monday that it took the decision to suspend its former chairman in the state for one month, accusing him of causing disruption during the just concluded PDP primaries to pick the party’s local government chairmanship and councillorship candidates in Alimoso Local Government Area, leading to some people being wounded in the process, among others.

Adewale, in a statement made available to newsmen, on Tuesday, flayed his purported suspension story, saying it was a “baseless and unscrupulous attempt to militate against all genuine moves, to break the manacles of perpetual infiltration of the party’s ranks in Alimosho and Lagos State by All Progressives Congress moles working assiduously to stall PDP’s victory at polls.”

This was just as he equally knocked the suspension slammed on him by those he branded a group of individuals within the PDP, “barely a month to the local council polls, on the premise of none conformity with constitutional provisions as it is enshrined therein that he should be heard on any allegation levelled against him.”

Adewale, who is also PDP South-West exofficio, while describing his suspension as ill-motivated, noted further that “it was already a recurring decimal, that for every election year in a space of four years, the PDP’s camp gets pillaged by APC moles, whose intents are purely to sabotage any focused move targeted at delivering a victory for the party.”

The party chieftain maintained that his suspension by every intention and purpose was not constitutional at all, arguing that inherent provisions that relate to disciplinary actions therein stipulate that he should be heard.

According to him, at no point was he invited by the Disciplinary Committee of the party or allowed to defend himself, urging, however, PDP faithful to give their best for the council poll as victory was sure.

“I want to state unequivocally that the purported suspension which is barely a month to LG election is a script written by APC moles in PDP, which clearly lacks constitutional backing as the party’s constitution allows me to be heard but I received no such invitation whether digital or manual to answer any questions on the allegations filed against me before any decision was taken.

“All the allegations are frivolous and baseless as most of the claims and allegations were from 2018-2019. Why didn’t they take action before, why wait till now when the election is 30 days away? he queried.

“Also it is on record that they never sat or meet at the designated official PDP LGA secretariat and ward addresses known to our constitution.

“I, however, urge loyal members of PDP not to be deterred by the antics of these moles whose stuck in trade has been perpetual creation of tensions and troubles whenever any general election is in view,” he said.