My stolen laptop made me change my research topic ―Kudus Adebayo

Winner of best PhD thesis in African and Diaspora Studies 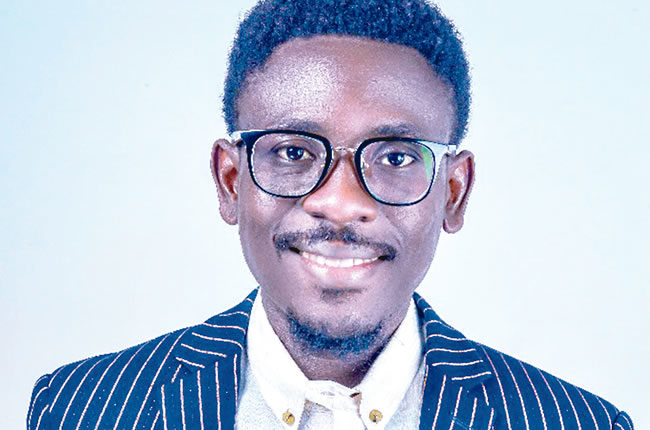 Kudus Adebayo was the winner of the 2020 Rahamon Bello Best PhD Thesis in African and Diaspora Studies instituted by the University of Lagos (UNILAG). Adebayo, a research fellow at the Institute of African Studies, University of Ibadan (UI), in this interview by ENIOLA OYEMOLADE, speaks on the topic of his thesis, his interest in research, among others.

What influenced your choice of course, African/ Diaspora studies?

I hold BA and MSc degrees in Philosophy and Sociology respectively, and African diaspora is a field I entered through my doctoral program in Sociology of Development. My interest in African diaspora started in the Sociological Theory course when I was a graduate student in the Department of Sociology, University of Ibadan, Nigeria. Professor Femi Omololu was taking the course at the time, and Diaspora Theory was about the last topic we discussed in that class. Professor Omololu opened the mind of the entire class to the issues around diaspora debates, particularly how diasporas will shape societies into the future. Even though it was a theory class, the topic was presented in a way that the very concrete consequences were clear to us. From that class, I began to imagine what it would be like to do research in this area. Professor Omololu supervised my doctoral research eventually.

What inspired the topic of your thesis, Migration and Settlement Experiences of Nigerians in Guangzhou, China?

I started my research with a completely different focus in mind. The first proposal I developed focused on the Nigerian in Diaspora Organisation (NIDO). Suddenly I woke up one midnight at my off-campus apartment and realised that my school bag was missing from where I set it down every night since moving into the house. My laptop, which held all my work, went with the theft. I was devastated. I left for Lagos to hibernate for about a month and to finish up a chapter I was working on for a book project. When I returned to Ibadan, I was no longer convinced that I should continue with the previous proposal but I was still not sure which direction to take.

The inspiration for the topic came to me one afternoon as my mind was sifting through what literatures I have read in the past year. The moment was truly remarkable because from all my readings up to that point, only one research article, written by Heidi Østbø Haugen and titled Nigerians in China: A second state of immobility, was unlike the rest. I returned to the article again and realised how much is still to be done on Africans in China. At this time, only one or two researchers of African origin have published on this diaspora population, and none of them were based in an African university at the time.

In details, how and what exactly did you address in the topic?

The research was interested in understanding how Nigerians migrate to and settle in Guangzhou city of China. Guangzhou is where the majority of Nigerians go to, much like other Africans coming to China since the 2000s. The presence of Nigerians became so significant that their population out-paced other Africans and the Nigerian government even decided to set up a consulate in the city in 2014.

My approach to the topic involved visiting the city to observe how Nigerians live in and experience the city as Nigerians. I tried to know the internal complexities within the community itself, given how much of Nigeria’s complexities usually finds expression abroad. Through the people that I met, I participated in the everyday life of Nigerians, from their places of business to where they source for goods and live with their families.

I also attended mosques and church services, both in the state-approved Catholic church and underground ones, while also witnessing conflict resolution meetings handled by the leadership of the Nigerian community in the city. I combined these first-hand observations together with hours and hours of interviews to make sense of their everyday lives and challenges, from documentation to housing, health, family, racism and discrimination.

The approach I took allowed me to learn about how Nigerians established a vibrant community at the heart of China. It also made it possible for me to get a sense of how Nigerian-Chinese marriages would likely shape Chinese society in the future. Nigerian men who are married to Chinese women are having children together but the future is uncertain for a lot of them in the Chinese society. Both parents know this and, through naming and acquisition of multiple citizenship, which the Chinese state does not approve; they are finding means to prepare and protect their interracial children from the exclusion of now and the future. But when these children grow up and understand their predicament, what will happen?

How did you get to know about the award?

The call for nomination was everywhere when it was announced. I am not sure where exactly I saw it first, but most likely online.

What do you think made your thesis stand out?

It is hard to say! I think selection committees always have the best answers for this kind of question. If I must say, though, I have to say it is a combination of many things, including the sheer audaciousness of the thesis. As doctoral researchers based in a Nigerian university, we do not get too much encouragement to merely follow our research interests. Funding and other institutional barriers make topics that are routine to students from other parts of the world seems like a huge undertaking. Also, there is little methodological training to prepare us for doing field-based research outside Nigeria. I think the selection committee saw that and considered it alongside the scientific merit, rigour and treatment of the research subjects and the subject matter, which I think are present as well in other theses that made the final cut. More so, I think, is its universal appeal as reflected in published parts of the thesis at leading reputable international journals in the broad field of sociology and migration studies.

How did winning make you feel and what does it mean for you?

I am excited to have won this competitive award. When I saw the call for nomination, I felt it was thoughtful and to have won it in the end makes me feel particularly excited. I’ll say the award is the best way to wrap up a doctoral journey that is filled with so much to remember and pass on to others coming behind.

You are a researcher, what exactly are your research interests?

My areas of interest at the moment are Nigerian migrations and diaspora, urban livelihoods and knowledge production. I have an on-going postdoctoral research which is examining the afterlives of Nigerian deportees from China. The study is funded by African Humanities Program (AHP) Postdoctoral Fellowship of the American Council of Learned Societies.

These areas touch on issues that are of special concern for me as a development sociologist who is working within the Diaspora and Transnational Studies unit of the Institute of African Studies, University of Ibadan, Nigeria. The research areas connect my past works clearly and link up with the need for me to be a responsive and responsible African/Nigerian academic in the 21st century.

Have you won any other awards before?

Yes. I was Cohort-6 Fellow of the Consortium for Advanced Research Training in Africa (CARTA). Before then,I held the prestigious Postgraduate School Scholarship of University of Ibadan (2014-2016) and was in 2015 a Laureate of the Council for the Development of Social Science Research in Africa (CODESRIA) through the Small Grants for Thesis Writing.

In 2016, I received a fellowship under the African Humanities Program (AHP) of the American Council of Learned Societies (ACLS).

I have also won numerous travel grants to support my participation at scientific meetings, training and workshops around the world.

What do you think a quality research should entail?

A quality research would raise a puzzle or identify a problem that addresses a concern that is of interest to a particular research community and/or society.This entails an extensive, rigorous search and reflections on the state of knowledge in the field of interest.Moreover, a quality research may solve real-life problems or not but should surely take us further in understanding the world we live in.

Aside from  being a researcher, what else do you enjoy doing?

I enjoy spending time with my wife and son, hanging out with friends and playing Scrabble.

Good governance has nothing to do with gender —Jane Chris Ezetah