My saddest period was when I lost my parents —Adebayo 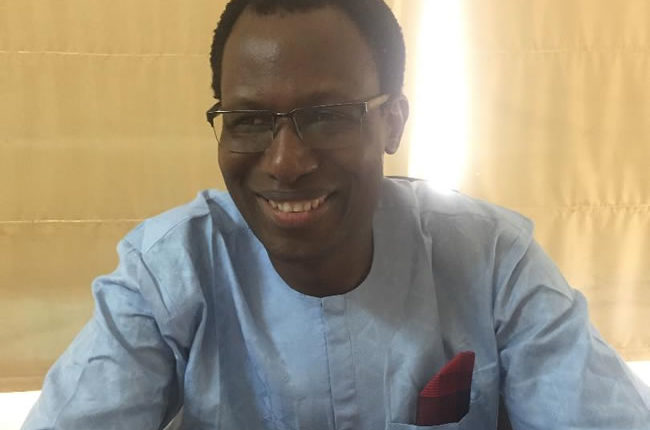 Mr Gbenga Adebayo, an engineer, is the chairman, Association of Licensed Telecommunications Operators of Nigeria (ALTON) and chairman/Group CEO, Communication Network Support Services Limited Group of Companies. In this Interview, he shares his childhood experiences with SEGUN KASALI.

My saddest period was when I lost my parents – Adebayo

Mr Gbenga Adebayo, an engineer, is the chairman, Association of Licensed Telecommunications Operators of Nigeria (ALTON) and chairman/Group CEO, Communication Network Support Services Limited Group of Companies. In this Interview, he shares his childhood experiences with SEGUN KASALI.

Have you always wanted to be an engineer?

Yes, I have always wanted to be an engineer because I love numbers and machines in my growing up days. I love equipment, workshops and laboratories. This could have emanated from an environment where one grows or could be a matter of natural interest. Just like today, I have interest in other areas, not only telecommunications. But, telecom is my business. I worked with a German telecommunications company, Siemens, for a couple of years and when I decided to stop working, I joined VGC Communications as the Technical Manager and I did that for two years. Thereafter, the owners meritoriously promoted me and I became the first black man to be the GM with the mandate of extending the network beyond VGC to other parts of Lagos and across different states in the country.

You must be bookish in school?

So, if in the course of this, one is required to read, one should read extensively well. So, in whatever area I have interest, I give all it takes to ensure that the interest is pursued and successful. That is why I am always grateful for the special grace of God and kindness of strangers.

Yes. People one never knows but came to be of help. People of different tribes, religion, origin, faith, who just came across one’s way and provided the needed help or assistance. I hail from Kwara State. Sometimes, I am (sympathetic) towards the South. Sometimes, I am (sympathetic) towards the North. This does not bring conflict in whatever sense at all but in fact, promotes unity.

Being from the North Central part of the country has been helpful then?

I was somewhere, someday and I was very embarrassed. Someone asked me where my driver came from and I just said something. And he said, “no, that is not where I am from.” And I said “you know what, I had never thought about it because your state of origin does not matter to me”.

That was why when I was the GM, VGC Communications, I was fair to all and the honesty was there. Yes, the problems came, yes the challenges came and we stepped on toes before we did what we had to do. The world today is more interested in economic returns than other benefits. So, we as young professionals worked more for career fulfillment and less for the recognition. So, in the roles that I played even at a younger age, I did not do them because I wanted to be recognised but for the fulfillment of my career. I needed to do that in all fairness and honesty believing that there is reward for hard work.

You must have discovered that the values have changed today, isn’t it?

Yes, the values have changed. Today, people do things for the purpose of what is in it for them. For everything people do, they are looking at the economic returns that will accrue to them. Without a change in our value orientation, it will be very difficult for us to have a better society, reason being that when people wake up with benefit in mind, it blinds them to other benefits they could get. We need to begin to re-orientate the young ones that it is not all about money.

Sometimes, you stumble on what these people publish on social media and you wonder. Some would buy a new phone and go to the social media to say I have just bought a new phone. What does that do for you? Someone buys a new car and makes the social celebration of the new car he has bought on social media whereas when you actually look at the car, it had been used for 10 years in Europe. So, that is to show how materialistic the younger generation has become. And unless we have a change in orientation, it will be very difficult to have a better society.

How do we go about this?

Those of us who are leaders in our own right need to go back to the basics. We have to educate the young ones, enlighten them on the need for patience and that what comes easy does not necessarily last; hence, the young ones should stop looking for the easy way out. But, we are duty-bound to put that in them. The religious groups can also play a lot of roles. Young people also need to seek mentors because sometimes they don’t know what to do and therefore are guided by the pressure of the society.

So, they need to begin to look out for mentors who are people of right character and orientation. We need to begin to preach deference in value system. As it is now, we need to stop celebrating success without being aware about the source of those successes. Otherwise, it makes people pursue the wrong things.

…Which could encourage criminality, isn’t it?

You are an activist, a gentleman, a disciplinarian …

I have my own perception. So, it depends on your perception. I think it is best people describe you. But, if I am to describe myself in one sentence, I would say very committed to whatever I do. I don’t know whether that explains it but I am determined to do whatever I so desire. I don’t succeed all the time. We all have our bags of nails and we carry them about.

And what is that indelible bag of nails?

My deepest hour of sadness was the loss of my parents, especially my father in particular because he was very close to me. So, when he died, it was a major turning point for me. I think that was the time I could say I was deeply saddened.

Your late father was your closest friend?

He was a very kind man. He was the man who taught me to always remember tomorrow in everything and also remember the son of whom one is. He said that until his death.

You must have inherited his dominant traits.

In large percentage. I think I took a lot of things from him, including discipline, fairness, respect and treating others how one would like to be treated.

What about your mum?

I have fond memories of my mum. She was a strong woman of faith.