‘My pastor-husband packed out of our home, moved in with lover who is his church member’ 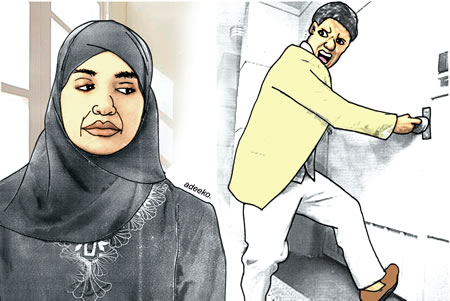 A woman of Lusaka, Zambia, Priscilla Masebo, 44, has begged the Lusaka Boma Local Court to separate her from her Pentecostal pastor-husband, Phiri, 42, who has been sleeping with members of his congregation.

According to Zambia Observer, Priscilla told the court that she was no longer interested in her 10-year-old marriage with Phiri because he was more interested in his illicit relationship with his female congregation than preaching the gospel.

“I left home because I felt emotionally tortured by my husband’s infidelity. He goes out with ladies in the church without respecting me as his wife,” Priscilla told the court presided over by Justice Martha Tembo.

She said a week after leaving home, her husband called and told her that he was moving out of their matrimonial home because he could no longer afford the rent.

“To my shock, I learnt that he moved in with one of his girlfriends. I, therefore, decided to end our marriage because my husband, who claims to be a man of God, is still playing around,” Priscilla said.

But Phiri said the problem in their marriage started after his wife sought prayers from another Pentecostal papa after their only son, aged eight years old became epileptic.

According to Phiri, his fellow papa told his wife that their son was under spiritual attack and was on the verge of being offered as sacrifice to satan by her husband.

He said acting on the information, Priscilla left home and said she would not return until her husband was delivered of his evil.

But Priscilla rejected her husband’s claims as false and insisted she that wanted their marriage to end upon which Justice Tembo dissolved their wedlock and ordered Phiri to support his child with K700 every month.

How Lagos-Ibadan Expressway gridlock led to death of female banker, others —Community leader

My husband held secret weddings with 2 other women, rented apartments for them —Wife

I did rituals on his behalf, stood by him during trials, now he wants to divorce me —…

‘My husband denied me sex for 1yr, I discovered he married second wife’