My mission as a woman in sex business ― Enderline Ndubuisi 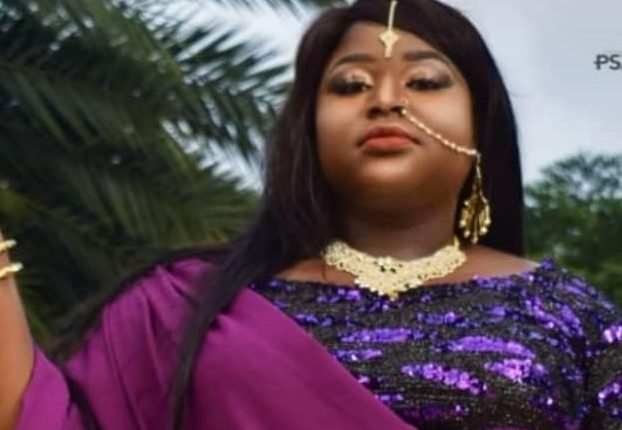 In our African society, not many women have the guts to talk about sex, let alone claim to be an expert in affairs. But Ndubuisi Enderline Ngozi is no ordinary woman. Since childhood, she has developed the passion to help people get over their sexual issues and it was no big surprise when she decided to study microbiology in the university. It was a course that placed her on the path to fulfil her destiny.

Her beauty, delicateness and age at 22, rather than being a weakness has become the trump card that has made everything fall into place for her. She is regarded as the youngest and perhaps the best in the science of sexologist and the craft of making aphrodisiacs

In spite of all the pains, the tears and the abuses, the Ebonyi State graduate has stuck to her gun, because she didn’t find herself in the business by accident, it was a childhood yearning that found expression in adult life

“It’s a gift from my mother’s family, she provided counseling services and aphrodisiacs to her clients. Based on this, she had a lot of contacts with associates from Northern Nigeria, natives of the United Arab Emirates, Cameroon and Brazil. Growing up, I watched a lot of homes break and as I got older I discovered that more than half of the issues that caused the divorce were sex-related and people were very embarrassed to discuss it. I decided to start filling this gap and I’m proud to say that since 2017, I’ve saved the sex life and marriages of over 1000 and 2000 clients respectively,” she declared in a recent interview.

According to her, as people get older they are bound to have sexual problems and this could translate into a bigger problem in their marriage and relationships.

“Sexual problems range from erectile dysfunction (not being able to keep an erection for long), female sexual disorder ( reduced interest in sex or abrupt arousal), low sperm count, Vulvovaginal atrophy(reduced estrogen that causes prominent vaginal dryness). These are but a few and the aphrodisiacs for these conditions differ ranging from foods, drinks, oils and spices. Many Aphrodisiacs are curative and there are aphrodisiacs that can cure impotence permanently after a full course of treatment. A very good example is the Panax/ Red Ginseng from Korea.

Enderline Ndubuisi is known as the youngest Kayanmata Goddess because her secret weapon is the Kayanmata herb. She got to learn of its efficacy by the virtue of her growing up in Kano, a state known widely for the herb.

“Kayanmata is a Hausa word, meaning ‘Women’s things’. They are herbs used to enhance sexual pleasure. Kayanmata is the same as an aphrodisiac, anything that is used to stimulate sexual pleasure. Enderline Ndubuisi started her business in 2017 and made it official by founding the U Slay Assembly in 2019 at the age of 20, making her the youngest in the trade.

Apart from using her Kayanmata magic to resolve sexual issues between men and women, the U Slay Assembly Chief Executive Officer also manufactures other wide range of aphrodisiacs. According to her, she manufactures organic aphrodisiac with the help of her assistant, named Okoh Stephen Ifeanyi, a graduate of biology.

Buhari Approves Transfer Of NIMC To Communications Ministry
President Muhammadu Buhari has approved the transfer of the National Identity Management Commission (NIMC) to the Federal Ministry of Communications and Digital Economy. A statement signed by the Minister‘s Spokesperson, Mrs Uwa Suleiman, on Monday in Abuja, said that the approval was based on Buhari’s consideration for the critical role of NIMC towards the realisation of the objectives of the National Digital Economy Policy and…Enderline Ndubuisi

Businesses May Not Normalise Till August 2021—Report
BUSINESSES and brands, hoping to return to ‘winning ways’ soon, after the devastating effects of the COVID 19  pandemic, may need to wait a little bit longer, as a recently-released CEO Report, from Philips Consulting Limited PCL,  has predicted that it would take another 12 months, August 2021, for the nation’s business environment to fully activate and operate optimally…Enderline Ndubuisi

Lorna Florence – The Upcoming Face Of The Fashion And Fitness Industry