“My Mirror” Movie focuses on abuse on men ― Jumoke Odetola 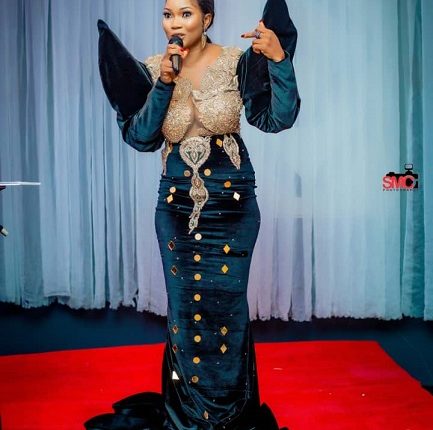 A Popular Actress and Movie Producer, Jumoke Odetola has said that her new movie “My Mirror” is focused on societal abuse.

Odetola gave this explanation at the movie premiere held on Sunday in Lagos.

She explained that the society makes men believe that they cannot express their feelings and pains.

The Movie Producer further explained that this makes a lot of men to suppress their anger either through depression or build up of anger.

“The abuse addressed in this movie is that of men. In this part of the world, the society has made men believe they cannot express their feelings, their pains.

“So, a lot of men suppress this anger. There are two things that happens in the course of doing this.

“When it gets to that limit, it’s like a breaking point, they could react the way they shouldn’t. These are some of the things we addressed in this movie and the need for people to undergo therapy”. She explained.

“For everyone who sees this movie should see some moral lessons that needs not to be overlooked in a family atmosphere.

“It teaches individuals what to do or what to expect from your marital status. It’s a whole lot of lessons besides that”. Seun said.

He, however, noted that his hilarious character in the movie, alerting viewers to get their ribs cracked.

“Jumoke is a spiritual writer, her story always makes sense and that is the kind of movie I like to feature in.

“My character in the movie is hilarious. You can’t just help but laugh”. Allwell said.

“My Mirror” Movie focuses on abuse by men